The film 17 Miracles is a recent cinematic depiction of the faith and trials of the Martin and Willie handcart companies. Mormon culture’s hallowed treatment of the trek has appeared in oral histories, pageant depictions, and trek reenactments, and writer and director T. C. Christensen’s treatment of the subject material is an excellent addition to a robust tradition that remembers a significant moment in our cultural past. That said, the film is not without its flaws. Though the film evidences superb storytelling and adept skill in the narrative language of film, it sometimes meanders away from its own strengths in order to fulfill other cultural or traditional expectations associated with recounting pioneer stories.

While Mormon culture provides multiple ways to hear pioneer stories, there is a pattern to how the stories are told. A “pioneer story” means something different than describing a trek across the plains. Reciting a daily log of a wagon’s supply inventories would not be a pioneer story. Tradition and culture shape how we arrange the content of the stories and why we tell the stories. While pioneer stories mention struggles, they relate the struggles with optimistic and hope-inspiring tones. While individuals are mentioned, they are not at the heart of pioneer stories’ narrative structure; God and faith are. Pioneer stories tend to be structured as vignettes rather than biographies; in any pioneer story, whom the miracle happens to is less important than the universality of God interceding on behalf of the faithful. For Mormons, there are preexisting understandings of what the tone, structure, and content of a pioneer story should be. Christensen’s otherwise excellent film suffers from an imperfect attempt to integrate the traditional idea of a pioneer story with an alternative way of telling pioneer stories.

The cinematography’s effect on tone represents one area where two different narrative impulses seem to clash. Without a doubt, the visual aspects of the film are aesthetically breathtaking. Those familiar with previous historical pieces by T. C. Christensen, like Joseph Smith: Prophet of the Restoration, will be glad to rediscover Christensen’s capacity to create rich vistas for his characters. He possesses a talent to create palpable environments where lighting, costuming, and settings combine to quicken the past and its dead. In 17 Miracles, Christensen imbues both nature and the pioneers with an increased measure of abundant life. Compared to everyday life, the sun shines brighter in Christensen’s world. Leaves paint forests with sumptuous greens, and blue skies are matched only by the crystalline rivers. It is as though Christensen’s cinematography gives vision to the paradisiacal glory of the Millennial Earth.

Unfortunately, there are points throughout the film where such visual richness counters the dramatic tensions other elements strive to create. For example, the movie opens with the Mormon Battalion’s discovery of the Donner Party’s remains. The narrative is purposefully disorienting. A sense of danger is excellently established as frantic percussive music plays while unidentified men run through the woods. However, this tense forest looks like most other Christensen depictions of nature: bright and alive. The sun continues to shine brightly despite the intensity of the situation. This is not a bad philosophy to live by; it informs how Mormons tend to shape and share their stories. But here, it undermines the competing narrative other elements attempted to effect: life-threatening danger. There are similar failures to generate intensity, like when mobs or wolves threaten to attack the Saints. It is difficult to experience anxiety while all other visual cues indicate sublimity.

Another area where competing storytelling hinders the film’s brilliance lies in characterization. The protagonist, Levi Savage (Jasen Wade), is compelling: a frontiersman and widower who leaves his infant son to serve a three-year mission in England. Wanting to return to his son, he must lead inexperienced pioneers. He gains experience when he helps find the remains of the Donner Party. And when he voices sound advice to not leave so late in the season, he is labeled an apostate and called to repentance.

Savage is a stalwart protagonist caught between his fears that the company will turn against itself like the Donner Party and the challenge of having his faithfulness labeled apostasy. He is an interesting character surrounded by interesting characters: families who left loved ones, children who traveled alone due to finances, elderly couples who faced death because they were accused of possessing a spirit of apostasy when they expressed concern over traveling at their age. Christensen depicts rich characters seeking Zion.

Then about two-thirds of the way through the film, these characters are replaced with vignette depictions of miracles: A starving mother remembers two cakes and with faith they are multiplied. A family leaves their dead daughter behind but returns to revive her body when they remember a promised blessing that their entire family would reach Zion. Each story is touching, but the film gives no characterization to these pioneers. With one exception, those who experience miracles are not introduced before their short story. Savage disappears into the role of a narrator for forty minutes.

The first two-thirds of 17 Miracles is framed by following the narrative and characterization of those in the pioneer party, though some alterations to historical accuracy did occur for the cinematic adaptation to work. However, when the telling of the pioneer miracle stories begins, the film fairly abruptly switches to vignettes. Traditionally, when we tell stories of miracles, context is provided, but the event rather than the individual pioneer is preeminent. The miracle takes the role of the protagonist. Thus the vignette structure better fits the model for conveying that history. The way vignette crafts history differs from the techniques used in the first portion of the film. Neither technique is necessarily superior; they are simply different modes of writing history. The problem lies in the film’s incongruence.

There is one final struggle between narrative styles I would like to consider: the struggle between faith and disagreement. Christensen frames the story by suggesting that while pioneers faced natural vicissitudes like diminished food supplies, freezing weather, and dangerous wildlife, the greatest danger was internal. Wolves haunt the company, but they primarily serve as a reminder of mankind’s darker capacity to turn on themselves. Traditional pioneer stories generally serve as examples of enduring to the end. There is also a popular folklore that the survivors of the Martin and Willie handcart companies never complained about the cost of reaching Zion being too high. By the end, 17 Miracles repeats these narratives; however, the first two-thirds of the film indicates a more complicated relationship among company members than is generally conveyed in a traditional pioneer story.

The film initially investigates the ideas of apostasy and disagreeing with ecclesiastical leadership in a compelling way. The film does not portray Savage as faithless or someone in particular need of repentance because he disagreed with Church agents. It also does not abandon James Willie—the man most responsible for pushing the Saints late in the season and accusing Savage of apostasy—to thoughtless caricature. The sympathetic portrayal of Willie is interesting; he could have easily been depicted as overzealous. Unfortunately, he too fades in the narrative when significant tribulations begin, and therefore his character arc is not explored.

While the film does an excellent job balancing the portrayal of miracles with the reality of death, the narrative seems to uphold the tradition that no one who survived murmured about the personal price of reaching Zion. I’m not suggesting the film needed to counter this narrative, but the way it explored the complexity of that sentiment was far more compelling and innovative in the first portion of the film.

Ironically, 17 Miracles was not quite as miraculous, as a Mormon film, once it dedicated itself to depicting the accounts of miracles. The incongruence reveals a conflict in two modes of historical performance, rendering an otherwise brilliant piece of Mormon cinema somewhat fractured.

Allan Davis received an MA in theatre history and criticism from Brigham Young University. He is currently a second-year PhD student at the University of Maryland in theatre and performance studies. Allan’s research focuses on the intersections of religion and theatre, historiography, and cultural studies. 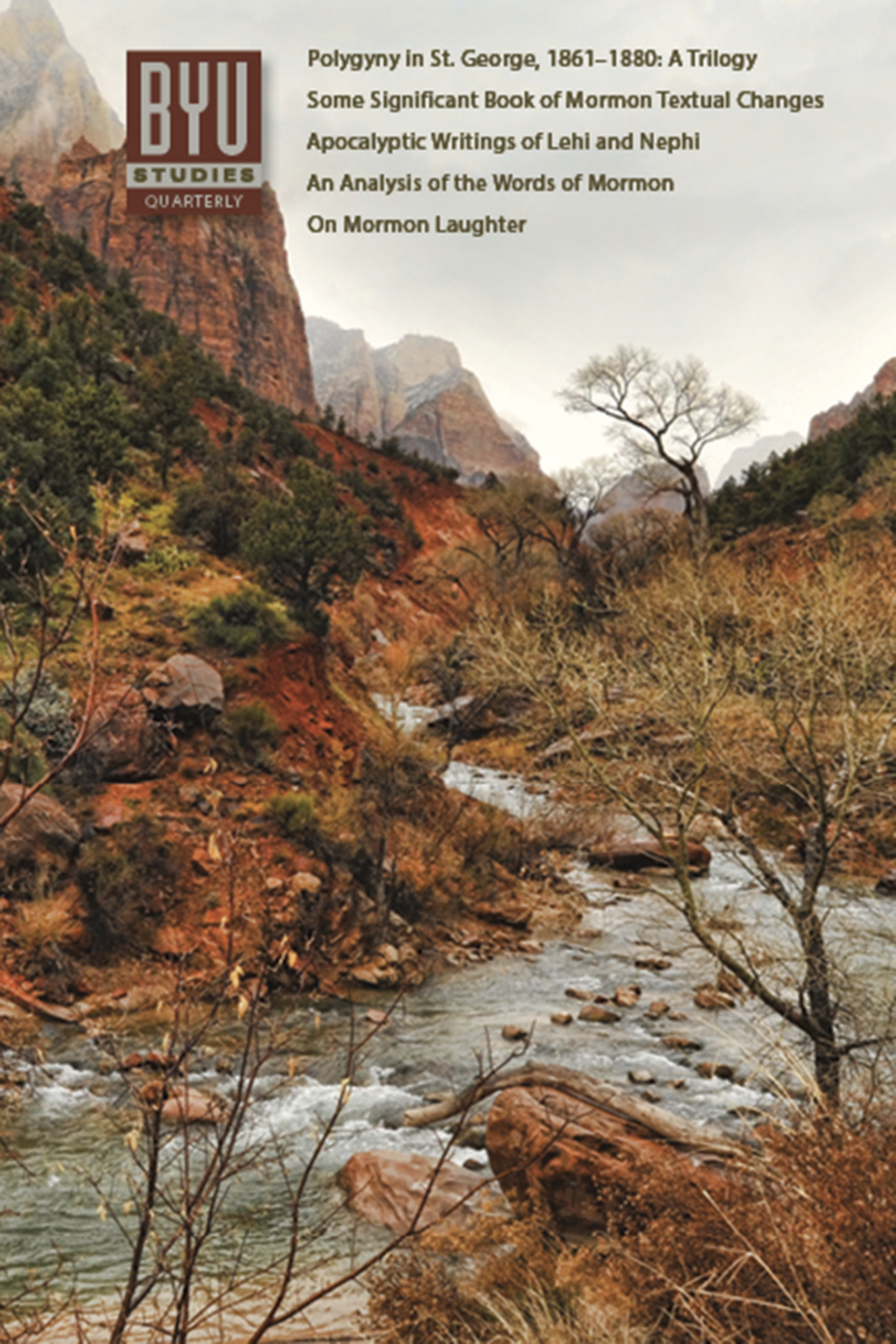