A Different God?
Mitt Romney, the Religious Right, and the Mormon Question

As can be expected from a book published by Greg Kofford, Craig L. Foster’s A Different God? is well researched and engaging. This book begins by examining the rise of the religious right and the power it exerts on the current political landscape. Foster presents a good deal of information that most Latter-day Saints will not be well acquainted with, such as the difference between evangelical and fundamentalist Christians, the emergence of the charismatic movement, the rise and fall of the Moral Majority, and the subsequent establishment of the Christian Coalition. This background is particularly pertinent to the majority of Mormons in the western United States who align themselves with the Republican Party.

Foster also gives a concise but surprisingly comprehensive summary of the political history of the Latter-day Saints. Because official Church curriculum does not address in detail the period from about 1850 until World War II or even later, most Mormons are rather uneducated regarding their political past, particularly the theocratic era that prevailed until the Edmunds-Tucker Act precipitated several changes, including the Manifesto in 1890 and the disbanding of the People’s Party in 1891. The fact that most Mormons at the time gravitated toward the Democratic Party might surprise some of their modern descendents.

While Foster, an ardent Romney supporter, is admirably objective about the many weaknesses that undermined Mitt Romney’s run for the Republican presidential nomination, his thesis in this book is that these flaws could have been overcome if not for a larger issue that eventually doomed the Romney campaign: the Mormon Question. This book apparently went to press after John McCain had secured his party’s nomination but before he had selected his running mate, but it still has validity far beyond the 2008 presidential primaries. His thorough examination of the strong anti-Mormon sentiment that still seethes in America, especially among the religious right, will be relevant if Romney runs again in 2012 or if any other Latter-day Saint takes aim at the presidency in a future election.

Even though Foster doesn’t quite arrive at this particular destination, the sobering conclusion that his presentation inevitably yields is that if a Mormon is to be elected United States president in the foreseeable future, he or she may have to run as a moderate Republican or, perhaps even more realistically, as a moderate Democrat. 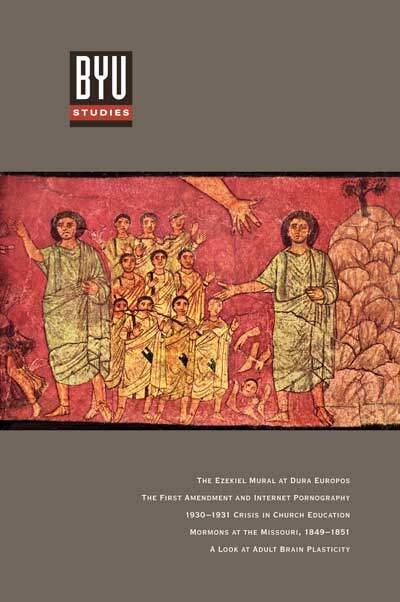