Between Pulpit and Pew:
The Supernatural World in Mormon History and Folklore

In an address to a joint meeting of the Utah Historical Society and the Folklore Society of Utah in 1991, folklorist William A. Wilson applauded the two organizations for their cooperation over the previous twenty years and then urged even greater cooperation between history and folklore in Utah over the next twenty years.1 Between Pulpit and Pew serves as one benchmark for measuring just how seriously a rising generation of historians have taken Wilson’s challenge. The editors, Paul Reeve and Michael Van Wagenen, are firmly planted in their chosen discipline, each with an impressive start to developing careers that explore contributions to American history not only of Mormon-Americans but also of Mexican-Americans, Native Americans, and African-Americans. With this work, however, these authors, and the four others they have gathered around them, demonstrate their virtuosity in cross-disciplinary conversation. Throughout the book’s eight chapters, the stated aim is to “take Latter-day Saint lore seriously and recognize it as an important component of Mormon history” (3). To accomplish this, the authors focused on accounts of the supernatural as meaningful historical evidence in the hope of discovering beliefs, attitudes, and values held by nineteenth- and twentieth-century Saints that cannot otherwise be easily elucidated. As the title suggests, the work focuses on the responsibility of individuals to incorporate the unique cosmological doctrines taught from the pulpit into the everyday behavior of members listening in their pews (11). By paying attention to stories circulating among Church members, the authors are free to explore the dynamic interplay between official Church doctrine and unofficial religious expression over time. The collection includes a foreword by folklorist Elaine Thatcher and a bibliography of primary and secondary sources for further research.

Following the introductory framing chapter from the editors are two chapters that explore a central doctrinal theme: the devil struggling to overthrow the work of the Lord. In “A Mormon Bigfoot,” author Matthew Bowman follows the story of Apostle David Patten’s 1835 sighting of Cain from nineteenth-century accounts to retellings from the 1980s and 1990s. His analysis demonstrates a shift in the storytelling tradition and attitudes over time that brings the story cycle closer in line with mainstream American accounts of Bigfoot, eliding the overtly religious and especially racist overtones of earlier tellings. Paul Reeve’s next chapter on Gadianton robber haunts in southwestern Utah continues the theme of a dynamic transformation of attitudes. The chapter shows that people’s concern that evil forces actually inhabit specific places has not eroded over time but that ideas about the inherent evil of Native Americans as descendants of Book of Mormon robbers have eroded. Both Bowman and Reeve are able to leverage recent folklore student field collections in USU’s Fife Folklore Archives and BYU’s Wilson Folklore Archives to bring their arguments forward from the nineteenth century up to the end of the twentieth. What persists from these accounts is a core belief in the reality of evil forces at work against the Saints, even though the exact nature of evil’s embodiment adapts to changing cultural attitudes.

Bowman’s next essay deals with accounts of miraculous healing, specifically with raising the dead. His research connects the Mormon practice of healing through the laying on of hands to other evangelical religious traditions. However, he then documents an evolution in Mormon thinking that moves away from an evangelical kind of faith healing, which relies primarily on manifestations of the Holy Ghost, to healing for those with faith in divine priesthood power and authority. The supernatural miracle of healing or even raising the dead through the personal, charismatic power of the gifted healer became rationalized over time, so that within Mormon doctrine there are really two ideas simultaneously at work: God grants power to his servants to raise the dead, but he also allows his children to suffer and die according to the natural order of the world. Examples of priesthood holders who have tried to exercise their authority to reverse the natural order contrary to God’s will always end tragically, warning all those who might try their hand at healing that they must do so only when priesthood can combine the will of God with the course of nature.

The theme of combining science with the miraculous continues in the next essay, where Van Wagenen traces an evolution of thinking about UFOs. Many of his examples of UFO sightings are drawn from outside of mainstream LDS beliefs, but he justifies these illustrations as part of Mormon folklore because of their foundations in Joseph Smith’s “expansive cosmology” that includes life on other planets, quite unlike other Christian doctrines of his time (124). Indeed, the narrative of Smith’s First Vision could itself be interpreted as a manifestation of alien life forms visiting earth. Van Wagenen concludes the essay by celebrating Mormonism’s “theological adaptability” as contributing to its enduring appeal including the present time.2

The next two essays discuss particular places in Utah. Kevin Cantera writes an account of believers in Utah County’s Dream Mine, meant to produce gold just in time to save the Church from financial ruin. Alan Morrell focuses on the tale of the Bear Lake Monster, an unidentified large animal that was reported by prominent LDS leaders during the mid-nineteenth century. Both essays demonstrate how such tales cast Utah as a promised land filled with wonderful resources to bless the Saints. Cantera includes perspectives about the mine from a range of believers and nonbelievers. His reliance on personal communications and observations of an actual stockholders’ meeting makes this treatment of his subject more like a folklorist’s ethnographic perspective of belief as it is actually performed in the daily lives of individuals. In the case of the Bear Lake Monster belief cycle, Morrell shows how the monster transformed into a P. T. Barnum–type entertainment reminiscent of attractions further east. He does not, however, follow the cycle into contemporary arenas of performance. In fact, Elaine Thatcher responded to this essay in the foreword of the book by bringing readers up to date in the transformation of the Bear Lake Monster as a source of local pride and self-parody for tourist commodities and public festival.

The final chapter returns to the notion of miracles, this time the ability to walk on water. Author Stanley Thayne describes how the well-known American legend of walking on water became associated with Joseph Smith and was incorporated into Mormon folklore, mostly by non-LDS adherents. The essay illustrates the ease with which motifs from legend cycles can cross boundaries of time, space, and religious traditions.

The entire collection of essays should be applauded for its breadth of examples, its attention to a range of research methods, and above all for its willingness to accept narrative accounts from ordinary people as a legitimate window into the history of a people. I see students of folklore, American studies, Western studies, and Mormon studies all profiting from reading the collection, as well as anyone who desires to understand the rich cultural diversity within Mormon history and folklore.

Curtis Ashton received his PhD from Indiana University–Bloomington in folklore. He has also received degrees in anthropology, linguistics, and library science. He teaches courses in folklore, anthropology, and museum studies at Utah State University and Brigham Young University.

2. An example of that adaptability can be found in President N. Eldon Tanner’s general conference address, “Warnings from Outer Space,” which framed Church doctrine in the context of a 1970s resurgence of interest in extraterrestrial life. Available at https://www.lds.org/ensign/1973/01/warnings-from-outer-space?lang=eng. 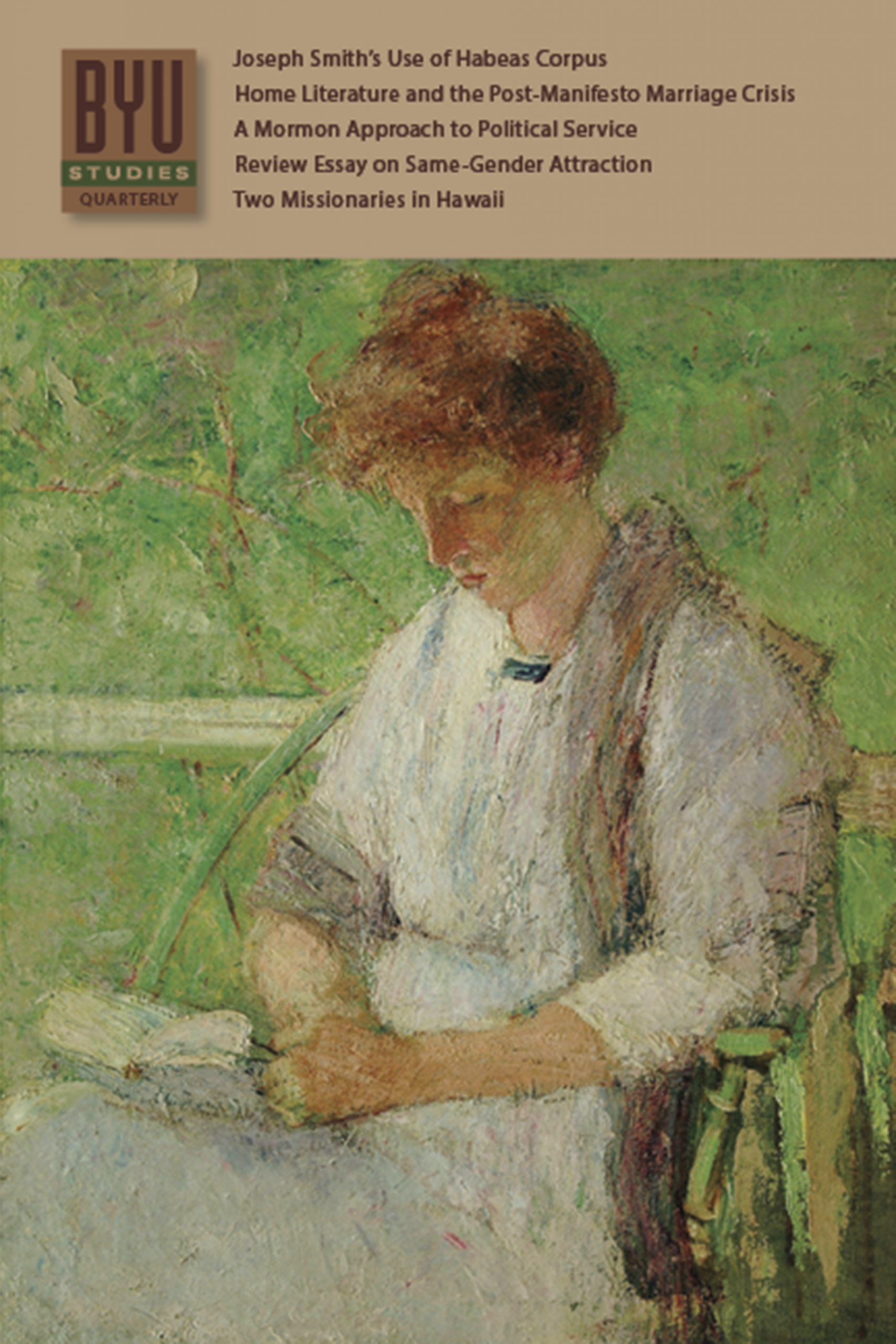