Days Never to Be Forgotten presents the fruits of the 2006 BYU Church History Symposium on the life and work of Oliver Cowdery in honor of the two hundredth anniversary of his birth. Eleven scholars of Mormon history contributed essays about various aspects of Cowdery’s life and involvement in The Church of Jesus Christ of Latter-day Saints. Ultimately, the contributors have two goals: to honor Cowdery’s memory and to inform believers who may not be aware of Cowdery’s importance in the founding of the Church.

This book gives a good sense of Cowdery’s extensive presence and activities in the earliest days of the Church. His conversion, his roles in the restoration of the Aaronic and Melchizedek priesthoods, and his participation in the transcription and publication of the Book of Mormon are covered in detail. Cowdery was also centrally involved in disseminating Church doctrine by editing the Book of Commandments, by writing the earliest known version of Joseph Smith’s initial visions, and by serving as editor of the Messenger and Advocate. Underscoring Cowdery’s significance, authors in this book declare: “No one was more involved in the key events of the restoration than Oliver Cowdery” (15), and “excluding Joseph Smith, no other person is mentioned more often in the Doctrine and Covenants than Oliver Cowdery” (91). Cowdery’s importance to Mormon history could not be clearer.

This book also addresses a number of events and experiences in Cowdery’s professional and personal life. Significant new information is presented about Cowdery’s involvement with the financial affairs of the Kirtland Safety Society and the Bank of Monroe, as well as facts about his life working as a lawyer during the 1840s in Tiffin, Ohio. The allegation that Cowdery practiced polygamy is discussed and rejected. Two additional essays provide information about Cowdery’s wife, Elizabeth Ann Whitmer Cowdery, and about the monument built in honor of Cowdery at Richmond, Missouri, in 1911.

Because this book was produced near the same time as a second bicentennial collection, entitled Oliver Cowdery: Scribe, Elder, Witness (published in 2006 by the Neal A. Maxwell Institute for Religious Scholarship), it is recommended that these two books be used in tandem. The 2006 volume contains seventeen additional, previously published studies. Between these two anthologies, a fairly full biography of Cowdery emerges. For example, Cowdery’s excommunication from the Church in 1838 is mentioned only in passing in the Religious Studies Center volume (because it did not happen to be examined by any of the presenters at its conference), but readers can find that event covered in the Maxwell Institute volume (282–83, 322–23). Readers can also consult Donald Q. Cannon and Lyndon W. Cook’s Far West Record (Deseret Book, 1983, pages 162–71) if they wonder about the details of Cowdery’s excommunication or about how best to reconcile this odd situation with one who could be considered “the co-founder of Mormonism” (15). These welcome publications give readers a better appreciation for Cowdery’s personality and his many crucial contributions to the Church. He is a fascinating figure, central to a full understanding of the earliest history of the Latter-day Saints. 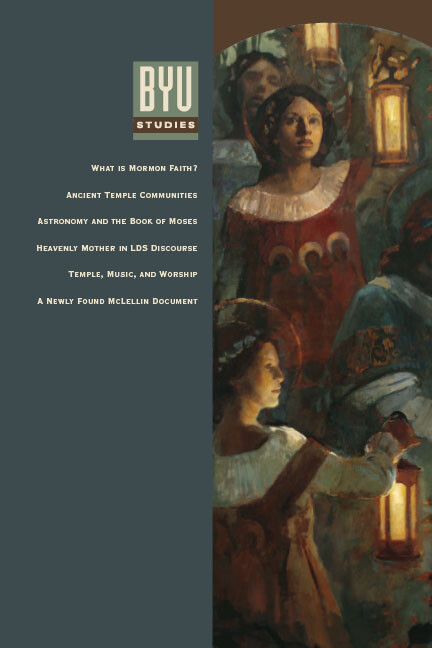