“Warfare and the Book of Mormon.” In Warfare in the Book of Mormon, edited by Stephen D. Ricks and William J. Hamblin, 127-45. Salt Lake City: Deseret Book Co. and Foundation for Ancient Research and Mormon Studies, 1990.

Hugh Nibley is generally recognized as the finest scholarly defender of the Latter-day Saint faith of the late twentieth century. I hope that he will, before too long, be recognized for a much greater achievement: he is the finest lay (as opposed to officially called) prophet of the Latter-day Saint people. Apart from the Old Testament, Book of Mormon, and Latter-day Saint prophets he has learned from, he most perceptively describes our sins, most courageously and persistently calls us to repentance, and most accurately predicts our future if we will not repent.

But Nibley’s prophetic gift has been much like that of Cassandra (the Trojan King Priam’s daughter, who was blessed to be able to predict the future infallibly but cursed that no one would believe her). He has been uniquely insightful and yet essentially ineffective. His immense scholarship in support of the divinity of Joseph Smith’s mission and the historical authenticity of the Book of Mormon and Pearl of Great Price, scholarship that he claims is not very important to him or worth much to God, has won him great renown at all levels of the Church. This semiofficial recognition ought to have made his voice even more effective than, say, that of Lowell Bennion, who is his only peer as a lay prophet. But Nibley’s crucial message of repentance to our greedy, militaristic, and environmentally destructive society and his claim that fully living the law of consecration, as we covenant to do, is our only hope are mainly ignored—perhaps simply unheard. On the other hand, Bennion’s social criticism has gotten him severely criticized but has also been effective for change. 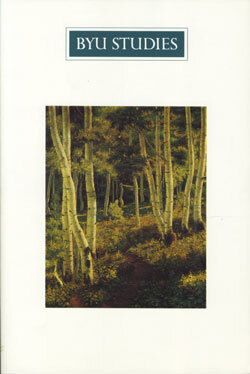