From the earliest centuries of Christianity, the issue of the scriptural canon has been a vexed one. Jewish rabbis met at the Council of Jamniah to establish the Hebrew canon, but not until the Council of Florence in 1440 did the Roman Catholic Church designate the twenty-seven books of the New Testament as canonical. Even then, the authority of the Apocrypha remained contested, and when Martin Luther translated biblical texts into German, he shuttled four books (Hebrews, James, Jude, and Revelation) to the end of the New Testament, deeming them less suitable for inclusion in the biblical canon.

Such canonical fluidity, according to David F. Holland, a historian formerly at the University of Nevada, Las Vegas, and now at Harvard Divinity School, effectively eroded what he calls the “canonical border” in the colonial period and the early republic. “After humanistic and democratic revolutions—in both politics and theology—the sovereignty of God and the dangers of spiritual tyranny,” he writes, “seemed to lose some of the threatening resonance they had in the mid-seventeenth century” (212).

Holland sets up his argument by referring to the 2004 “God Is Still Speaking” public-relations campaign sponsored by the United Church of Christ (UCC). “Never place a period when God has placed a comma,” the slogan (quoting comedian Gracie Allen) proclaimed. The UCC used that campaign to argue against what they considered literalistic interpretations of the Bible, especially on matters of sexual orientation. ­Holland acknowledges that the UCC did not use the term open canon, but that, he suggests, is what the denomination advocated.

Those who challenged the notion of a closed canon in early America, the author argues, “placed so much emphasis on a new spiritual experience, a new church policy, a new natural law, a new dictate of reason, or a new principle of common sense” that it assumed “a functional equivalency to a new passage of scripture” (9). Not surprisingly, the Puritans, with their fixed notions of canon, provide the point of departure in Holland’s narrative. Anne Hutchinson’s declaration about private revelations sealed her fate and rendered her the functional equivalent, in the Puritans’ eyes, of the Quakers with their emphasis on Inner Light. Authorities like Thomas Hooker and Jonathan Edwards declared unequivocally that the canon was closed.

Assaults on the closed canon, Holland argues, began with the Deists, and he believes Ebenezer Gay’s 1759 lecture “provided a glimpse of the ways an expansively communicative God of the eighteenth century could begin to spill over the narrowed canonical limits” (67). The early decades of the nineteenth century, beginning with the Second Great Awakening, unleashed a torrent that threatened to wash away the river­banks of canonicity. “The imprint left on American culture by people who came of age in the early decades of the nineteenth century, and grew up to challenge the canon,” Holland writes, “is immense” (86). Some of the challenges emerged out of the revival fervor and the Protestant notion of believers’ priesthood, but other groups joined the mix, including Swedenborgians, Shakers, Hicksite Quakers, African Ameri­cans, Mormons, Seventh-day Adventists, and Transcendentalists. At the same time, other voices, especially those coming out of Princeton Theological Seminary, argued for retrenchment: “The country’s growing commitment to religious freedom both opened the door for prophetic voices and placed an even greater onus on the canon’s closure” (122).

In Sacred Borders, Holland has produced a very provocative and erudite, not to mention ambitious, book. Although his argument might have been enhanced by reference to the Camisards and the Dutch Pietists, the author’s command of primary sources, the cognate secondary literature, and the broad stream of intellectual history is impressive indeed.

But Holland’s argument, I fear, may ultimately collapse beneath its own weight. Too often, the author conflates canonicity with revelation or even interpretation. (I suspect that the unacknowledged apologetic agenda behind this book is to place Joseph Smith Jr. in the context of other contemporary “prophets.”) When revivalist Charles Grandison Finney declared in 1840, however, that the “benevolence of God as manifested in the works of creation and providence, renders it probable that he would make a farther revelation to mankind,” or when transcendentalist Orestes Brownson asserted that “revelation is as present to-day as it was two thousand years ago,” they were not suggesting additions to the canon (127, 200). By my reckoning, only two of the groups Holland mentions actually claimed canonical status for their writings—the Shakers and the Latter-day Saints (the former, I confess, was a, well, revelation to me). Although Holland suggests other­wise, no credible Anglican claimed that the Book of Common Prayer was canonical; that scurrilous charge came from ecclesiastical opponents. Similarly, Holland is mistaken when he writes that “American Episcopalians rock the global Anglican Communion by citing an open canon in their support of gay bishops” (215). The issue is not the canon; the issue is interpretation, albeit a contested interpretation, on the part of those seeking a fuller appropriation of the biblical mandates of love and inclusion. Openness to revelation—or, in the case of Gracie Allen’s comma or Bishop Gene Robinson’s consecration, interpretation—is a very different matter from canonicity. Believers through the centuries have routinely distinguished between general and special revelation, a distinction the author fails to invoke.

Holland concludes his survey with Horace Bushnell, the influential Congregationalist minister from Hartford, Connecticut, who “hoped that the declaration of a freely communicative God in the present day would narrow the growing gap between orthodox believers and skeptical critics” (213). But, as the author says, “new threats to the canon produced new defenses” (213). What Holland curiously fails to mention, however, is the emergence of the “inerrancy” argument in 1881. In an article entitled “Inspiration” in the Presbyterian Review, A. A. Hodge and B. B. Warfield, both of them associated with Princeton Seminary, asserted that the scriptures were utterly free from error in the original (though no longer extant) autographs. This brought the argument of canonicity full circle back to the Puritans, locked down the canon, and validated the mechanistic readings of the scriptures that became the signature of fundamentalism.

Despite some overreaching, this is an excellent book, one that raises all sorts of issues about authority in late eighteenth- and early nineteenth-­century America. Holland writes that “a colorful cadre of American prophets” asserted that “God has made a practice of continuing to speak even when most people think He has finished” (215). True enough, but Joseph Smith Jr. and, say, Gene Robinson, both of them colorful characters, were engaged in very different enterprises. It’s one thing to argue for a capacious reading of the canonical scriptures; it’s quite another to change and expand the canon itself. It’s the difference, to quote Mark Twain in another context, between the lightning bug and the lightning.

Randall Balmer is chair of the Religion Department and Mandel Family Professor in the Arts and Sciences at Dartmouth College. An Episcopal priest, he is the author of a dozen books, including (most recently) First Freedom: The Fight for Religious Liberty (Covenant). He has just completed a biography, Redeemer: The Life of Jimmy Carter, for Basic Books. 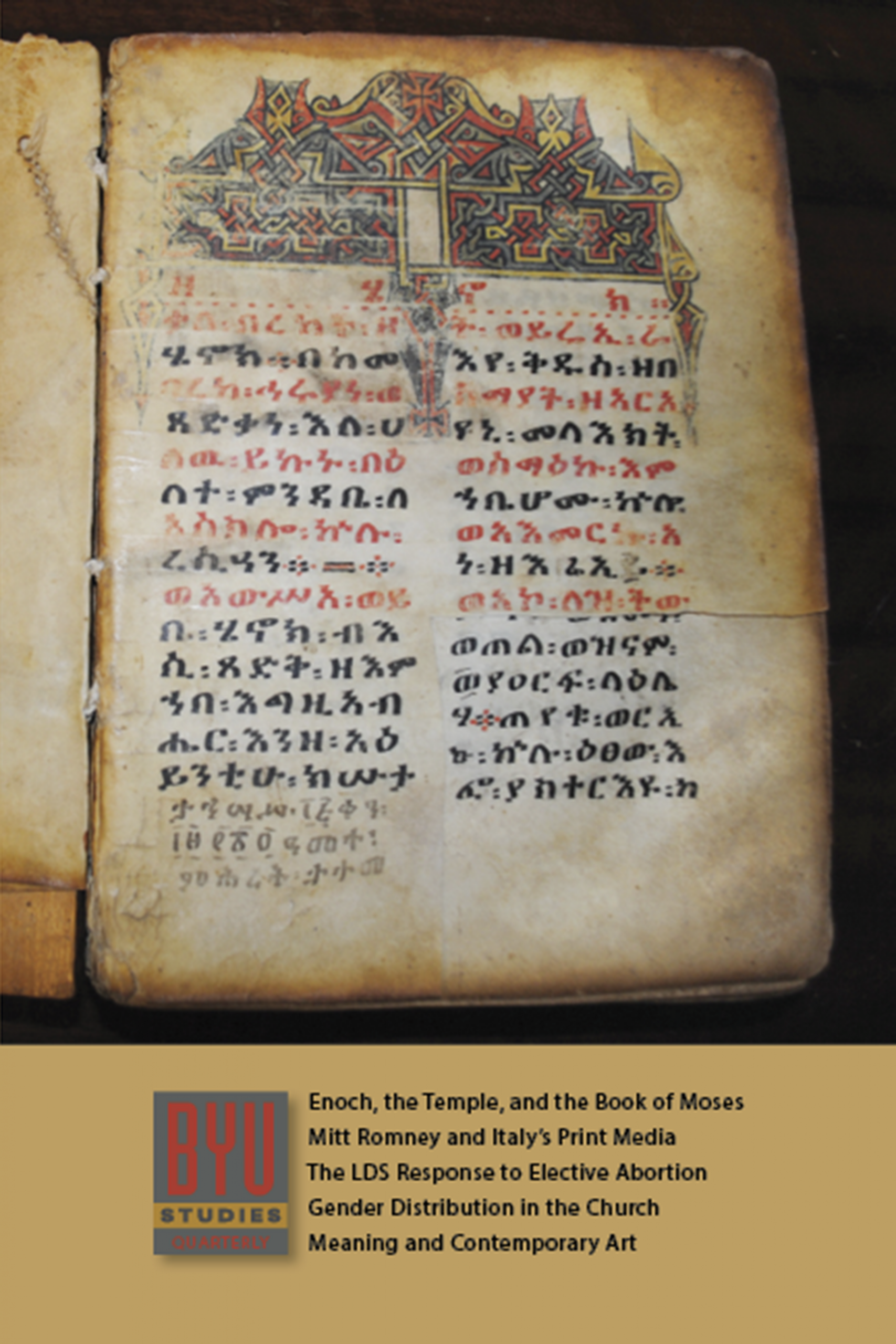