The Civil War Years in Utah:
The Kingdom of God and the Territory That Did Not Fight

There are few books published about Utah Territory during the American Civil War.1 John Gary Maxwell’s The Civil War Years in Utah is the latest addition to that small but growing list. Maxwell is an emeritus professor of surgery at the University of North Carolina and at the University of Utah medical schools, who defines himself as “a revisionist, independent historian.”2 Maxwell is the author of Robert Newton Baskin and the Making of Modern Utah (2013); Gettysburg to Great Salt Lake: George R. Maxwell, Civil War Hero and Federal Marshal among the Mormons (2010); and numerous medical research papers.

This book may be of interest to students of the American Civil War and Utah’s territorial period, as it includes some previously unpublished material. For example, the author discloses Utah territorial governor Stephen S. Harding’s early associations with Latter-day Saints in Palmyra, New York (121–24). Harding claimed to have been present in Palmyra’s Grandin building when the first proof sheet of the Book of Mormon came off the press (123). Maxwell also includes an engaging and extended, albeit speculative, reconstruction of events surrounding Governor John W. Dawson’s panicked flight from Utah Territory on December 31, 1861, after having served just three weeks in an office for which the U.S. Senate had not yet confirmed him (95–115).

An interesting aspect of writing history is that authors can reach very different conclusions based upon an analysis of the same documentary evidence. My chief concern with The Civil War Years in Utah is not that Maxwell interprets many Utah Civil War events differently than I do; it is that he relies heavily on conjecture, cherry-picked sources, a one-sided point of view, and a polemical tone to do so.

Maxwell’s thesis is that “overt disloyalty and treason blossomed in Utah” (6) during the Civil War. The book claims “indisputable evidence of Southern allegiance among Mormon leaders” and summarizes Utah’s Civil War experience as “this dark chapter in Utah history” (jacket).

The author repeatedly asserts (13, 44, 54, 57–58, 171–172, 314, 351–54), but does not adequately substantiate, that a majority of Utah’s senior Mormon leaders “openly favored the Confederacy” (13). Maxwell allocates considerable space (33–44) recounting the story of an eccentric, freelancing Walter Murray Gibson—who Maxwell believes was a Confederate agent. After befriending Brigham Young, converting to Mormonism, and cultivating relationships with other Latter-day Saint leaders, Gibson went to Hawaii as a Church emissary (43–44). Far from being a smoking gun of Mormon treason and support for Southern rebellion, Gibson was excommunicated in 1864 after reports of his inappropriate behavior reached Utah (43).

Maxwell quotes Brigham Young as declaring “Nine-tenths of the people of the Territory were southern sympathizers” (314). The quotation appears in Massachusetts newspaper editor Samuel Bowles’s 1865 travelogue, Across the Continent, which has a distinctly sensational, anti-Mormon point of view. This statement attributed to Young resonates with no other primary source dealing with his political views. While Young did not consider the Civil War a Mormon fight, he was neither anti-Union nor pro-Confederate as Maxwell contends.

At the direction of President Lincoln, Utah Territory mustered into active service one company of cavalry in April 1862, led by Captain Lot Smith, which served 107 days guarding the Overland Trail as well as its mail and telegraph facilities. After the author briefly outlines the service of the Lot Smith company (135–39), readers likely will be confused when Maxwell later asserts Utah was “the only state or territory not to send a single organized unit of volunteers into the Civil War” (350). Maxwell’s comment that these Utah volunteers “neither saw nor engaged Confederate troops or Southern sympathizers” (135) ignores the fact that many of the 2.2 million men who served in the Union Army saw no combat, yet they are viewed as contributors to the final victory. Maxwell also brushes aside the arduous nature of Smith’s seven-hundred-mile march.

Brigham Young, whom Maxwell categorizes as a “hard-line dictator” (9), receives special, and sarcastic, treatment throughout the book. When Maxwell criticizes Young for not reenlisting Lot Smith’s company in August 1862, for example, he overlooks the fact that the unit was discharged and its troops dispersed over a week and a half before the U.S. government’s request for extended service arrived. Young, who held no governmental position, saw no need to re-enlist (or recruit) Utah soldiers when Colonel Patrick Edward Connor’s California Volunteers were already within Utah’s borders marching unannounced toward Salt Lake City. In chapter 7 (“The Pen, the Sword, Prophecy Unfulfilled, 1865”), Maxwell insinuates Young may have been responsible for the death of Utah Governor James Doty in June 1865 (326–31), an official with whom Young was generally in agreement. “Who benefits from Doty’s death?” (327), Maxwell asks. Through “circumstantial evidence” (327), he answers, “Brigham Young” (327–31).

Maxwell accepts as accurate and authoritative sources critical of Mormon leaders, while ignoring or discounting many relevant and more favorable sources. As a result, the historical narrative that unfolds is consistently lopsided. In his view, Mormons are a “fanatic and radicalized fundamentalist group” (347) who were “ready to fight an all-out war” against the U.S. government (348). An example of an incorrect source is Maxwell’s use of a table from Frederick Dyer’s Compendium of the War of Rebellion that lists the “Number of Organizations Mustered by Governments for Service in the Union Army.”3 Dyer’s data do not mention Utah, so Maxwell gratuitously but inaccurately adds a final entry: “Utah,  0” (291). Utah’s small military contribution (one cavalry unit) was actually consistent with that of most other western states and territories, except California. Dakota and Washington Territories both raised only one military unit. Oregon (a state since 1859) and Nevada (a territory in March 1861 and a state in October 1864) mustered only two units each. Arizona, which became a separate territory in February 1863, is not credited with raising any military units.4

An important indicator of the Union Army’s view of Utah’s loyalty is found in a letter from Major General Irvin McDowell—Commander, Department of the Pacific—to Utah Governor James Doty. In his October 1864 letter signaling the possibility of a request for Utah troops, McDowell informs Doty that he has received “authority to raise, not to exceed four [military] companies from Utah in case they should be necessary.”5 What is important is not that McDowell never acted on this authorization as the war drew to a close, but that he and the governors of California and Oregon were comfortable with such a possibility. Maxwell provides none of this context.

Aside from omissions, this book contains a number of factual errors. For example, Philip St. George Cooke, who commanded the Mexican War’s Mormon Battalion, is referred to as Philip St. John Cooke (70), and several dates associated with Cooke’s Utah command and the Lot Smith Cavalry Company’s service are inaccurate (3, 11, 42, 70, 135, 177). More problematic are several unattributed quotations and numerous unsupported assertions throughout the book.

Readers who are likely to select only one book on this topic will be better served by reading The Saints and the Union, E. B. Long’s aging but still-excellent 1981 book which presents a balanced and objective history of Utah during the Civil War.

Kenneth L. Alford is Professor of Church History and Doctrine at Brigham Young University. After serving almost thirty years on active duty in the United States Army, he retired as a colonel in 2008. While on active duty, Ken served in numerous assignments, including the Pentagon, eight years teaching at the United States Military Academy at West Point, and four years as a professor and department chair at the National Defense University in Washington, D.C. He published Civil War Saints in 2012. His next book, Utah’s Official Civil War Records, an edited documentary history, will be published in 2017 by the Arthur H. Clark Company, an imprint of the University of Oklahoma Press. Ken and his wife, Sherilee, have four children and thirteen grandchildren.

1. Previous books include Margaret M. Fisher, ed., Utah and the Civil War (1929); E. B. Long, The Saints and the Union: Utah Territory during the Civil War (1981); and Kenneth L. Alford, ed., Civil War Saints (2012). Brigham D. Madsen’s biography of Patrick Edward Connor, Glory Hunter (1990), is largely but not exclusively about war-time Utah, but it is nonetheless useful. 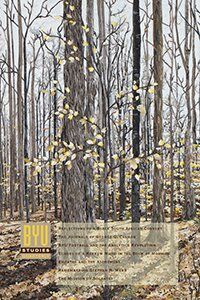