The Encyclopedia of Mormonism

Although The Church of Jesus Christ of Latter-day Saints (the Mormons) is one of the largest indigenous religious groups in the United States, many people know little more of the Mormons than their family-oriented television commercials, the Mormon Tabernacle Choir, or Brigham Young University. They may have heard that Mormons practice polygamy (which is not entirely accurate), but most know little about the beginning, history, or distinctive doctrines of the Latter-day Saints (LDS). This work is, in part, an attempt to fill this knowledge gap. It is the first large-scale encyclopedia of Mormonism. The first four volumes contain about 1500 articles on every aspect of Mormon history, doctrine, culture, lifestyle, and more. The articles were written by over 730 men and women from both inside and outside the LDS tradition. Those dealing with “the most distinctive tenets of the Church” were entrusted primarily to LDS writers, while non-LDS writers contributed articles treating mainly background topics. Finding aids include a synoptic outline that organizes the entries under five major headings (history, scriptures, doctrines, organization and government, and procedures and practices), extensive cross-referencing, and a thorough subject index. Thirteen appendixes include such interesting and informative items as a chronology of significant events, a selection of LDS hymns, excerpts from Joseph Smith’s “new translation” of the Bible, and current (through January 1, 1991) membership figures. There is also a glossary of frequently used words and phrases. Since most non-LDS readers may not have seminal works readily available, volume 5 contains the complete texts of The Book of Mormon, The Doctrine and Covenants, and The Pearl of Great Price, all of which Mormons accept as inspired scripture alongside the Bible.

A tremendous amount of material is presented here, and one of the outstanding strengths of the set is access to the material through the combination of the outline, cross references, and index. With this trio, one could hardly fail to find a fact or thoroughly research a related topic. Another factor that makes this an important resource is that the vast majority of the contributors are themselves Latter-day Saints. Seeing the Mormons and their tradition through their own eyes, readers gain insight into Mormon self-understanding, which “objective” treatments often lack. At times, however, the writers seem to be striking a defensive posture or presenting an apologia, particularly in articles dealing with the early (and often armed) conflicts. This criticism in no way negates the overall value of the encyclopedia. It is outstanding in form and substance, and demands a place in public and academic collections. 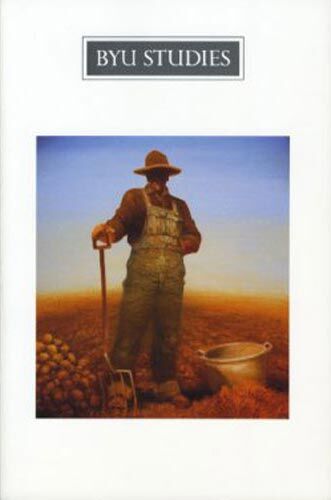