The Mormon Tabernacle Choir:  A Biography

Michael Hicks has written what is surely the most complete history and discussion of the Mormon Tabernacle Choir. Hicks is a professor of music at Brigham Young University and the author of a notable earlier book that provided a general history of music in The Church of Jesus Christ of Latter-day Saints.1 The first study may be seen as an informative backdrop to this one. It included a concise and insightful chapter on the Choir and its place in Mormon music, which is greatly magnified by the present work. Hicks has an engaging style to be appreciated both by the specialist and general reader. Writing from a vantage point where much historical documentation is available on the subject, he shows skill also in finding obscure sources that offer enriching detail. His notes provide a very full bibliography.

Hicks begins his study with a survey of early Mormon efforts at forming choirs, first in Kirtland, Ohio, and later in Nauvoo, Illinois. These were organized under difficult circumstances and from small populations. That effort reflected the intense religious environment and excitement in which they were formed. It occurred at a time, Hicks explains, when there was great disagreement among other churches as to whether music was appropriate at all. Amid this reluctance came the Prophet Joseph Smith and Mormon scripture, declaring that music was integral to worship. An early revelation to the Prophet directed his wife, Emma Smith, to compile a book of hymns to be used by the Church, in which the Lord declared that “the song of the righteous is a prayer unto me, and it shall be answered with a blessing upon their heads” (D&C 25:12). Hicks notes that the Book of Mormon opens with a prophetic vision in which God was seen on his throne “surrounded with numberless concourses of angels in the attitude of singing and praising their God,” while elsewhere the righteous are promised that they will “dwell in the presence of God . . . to sing ceaseless praises with the choirs above” (1–2).2 It is not much of a leap then for Latter-day Saints to regard the reverent earthly choir as now literally joining the angels in their worshipful singing.

By the time the Latter-day Saints were settled in the West, the possibility of establishing a rich musical culture was enhanced by the arrival of converts with musical skills, especially those from England and Wales. Hicks describes the budding music scene, with remnants of the choir from the East and efforts at choir organization and performance in the new location. Of particular interest was the arrival of George Careless from England in 1864. He followed the British musician Charles John Thomas and others, who served briefly as conductors of what became the Tabernacle Choir. Careless had shown musical skill as a boy in London, graduated from the Royal Academy of Music, and had considerable experience with orchestras and choirs, including the leadership of the Church’s choir in London following his conversion. His calling by Brigham Young illustrates the great interest of the Church Presidency in the Choir and its functions and operation. This interest has continued to the present, as Hicks demonstrates throughout. Among Church leaders, Brigham Young appeared to have a special concern for the development of good music; Hicks reports that Young had some musical training and did some singing in the Church.

I have in my possession a letter of George Careless to my grandfather, in which Careless writes of his calling by Brigham Young. It verifies the sources available to Hicks (24). In the letter, Careless said that “Prest Brigham Young told me He had a mission for me[.] He said I appoint you Chief Musician for the Church and I want you to take the Tabernacle Choir and Theatre Orchestra and lay a foundation for good music.”3 Young said he wanted music that sounded like the angels (24). Careless worked hard to fulfill his calling. A gifted composer of church hymns, Careless led the Tabernacle Choir for more than ten years, presented their first performance of Messiah in 1875, conducted an orchestra, and even established a performing opera company. As Hicks follows his career, the narrative also provides an interesting account of the development of pioneer musical culture. This is true with his discussion of later conductors of the Choir, describing the setting in which each made his contribution. Hicks offers impressive detail of their relationship with Church Presidents and other leaders over the years.

It is fitting that Hicks devotes an entire chapter to the Choir under Evan Stephens, who was appointed director in 1890 and served for twenty-six years. As a boy, Stephens came to Utah from Wales with his convert family and early showed an aptitude for music. He was largely self-taught but did study some at the University of Deseret and briefly at the New England Conservatory. However, “training had little to do with his conductorial appeal, which seems to have been based on charisma and fervor” (36). He was “already a legend in Salt Lake City, mostly for running massive singing schools for children and adolescents,” (36) and became a respected composer who created many hymns and anthems highly regarded by Church members worldwide. His long tenure is significant because it established many precedents and began the discussion of questions and policies about the proper role of the choir that continued to be of concern to the following century. At the request of Church leaders, he began the practice of concert tours to distant places, beginning with the Chicago World’s Fair in 1893 and several other tours under his direction. The successful Chicago tour had been approved by President Wilford Woodruff during a difficult financial time, so his “bankrolling the Choir revealed an almost desperate faith that the trip would pay off, if not in cash, at least in goodwill to the Church” (40). Later presidents seemed to concur, for the practice has continued and expanded,4 taking the Choir overseas many times, beginning with the 1955 European tour under J. Spencer Cornwall.

It is in his discussion of the Choir under Stephens that Hicks introduces a basic friction: “Was the Choir a missionary enterprise or an artistic one? . . . Was the Church serving music, or was music serving the Church? From that question flowed all of the essential tensions that would vex the Tabernacle Choir for the next century” (46). Hicks shines in considering questions such as these in the rest of his study. The detail is remarkable and derives from many sources. His prose is evenhanded and engaging, though his outlook tends to lean toward the provocative.

After Stephens, the Choir encountered many changes and the challenges of new and exciting technologies: radio, both local and network; recording and the sale of albums; television, which required the development of many new skills and procedures; and a greatly enlarged audience with the Internet. Today conductors provide for many skilled musical arrangements and for the training and performance of a full symphony orchestra that frequently accompanies the Choir. Hicks addresses the efforts of each of the conductors of the Choir and the ever-present question of the appropriate repertoire for the Choir. He covers such matters well and offers a perceptive review of the relationships of the many people involved with the Choir inside and outside the Church.

I recommend the The Mormon Tabernacle Choir: A Biography, both for the very readable outward history of the Choir in its religious setting and for consideration of the many behind-the-scenes realities concerning personalities, organization, training, and policy in the operation of a large volunteer choir.

George L. Mitton received his master’s degree in political science from Utah State University and furthered his graduate studies at Columbia University. Mitton was an associate editor of FARMS Review and published there. He has long been interested in Church history and is a lifelong admirer of the Mormon Tabernacle Choir. He is married to Ewan Harbrecht Mitton, who served as soprano soloist during the Choir’s European tour in 1955 and who assisted with this review.

3. George Careless to Samuel B. Mitton, September 14, 1927, copy in possession of the reviewer. Mitton served as director of the Tabernacle Choir organized at Logan, Utah.

4. President Joseph F. Smith later noted that the singers “‘were doing much to remove the prejudices that have existed against us’” (44). 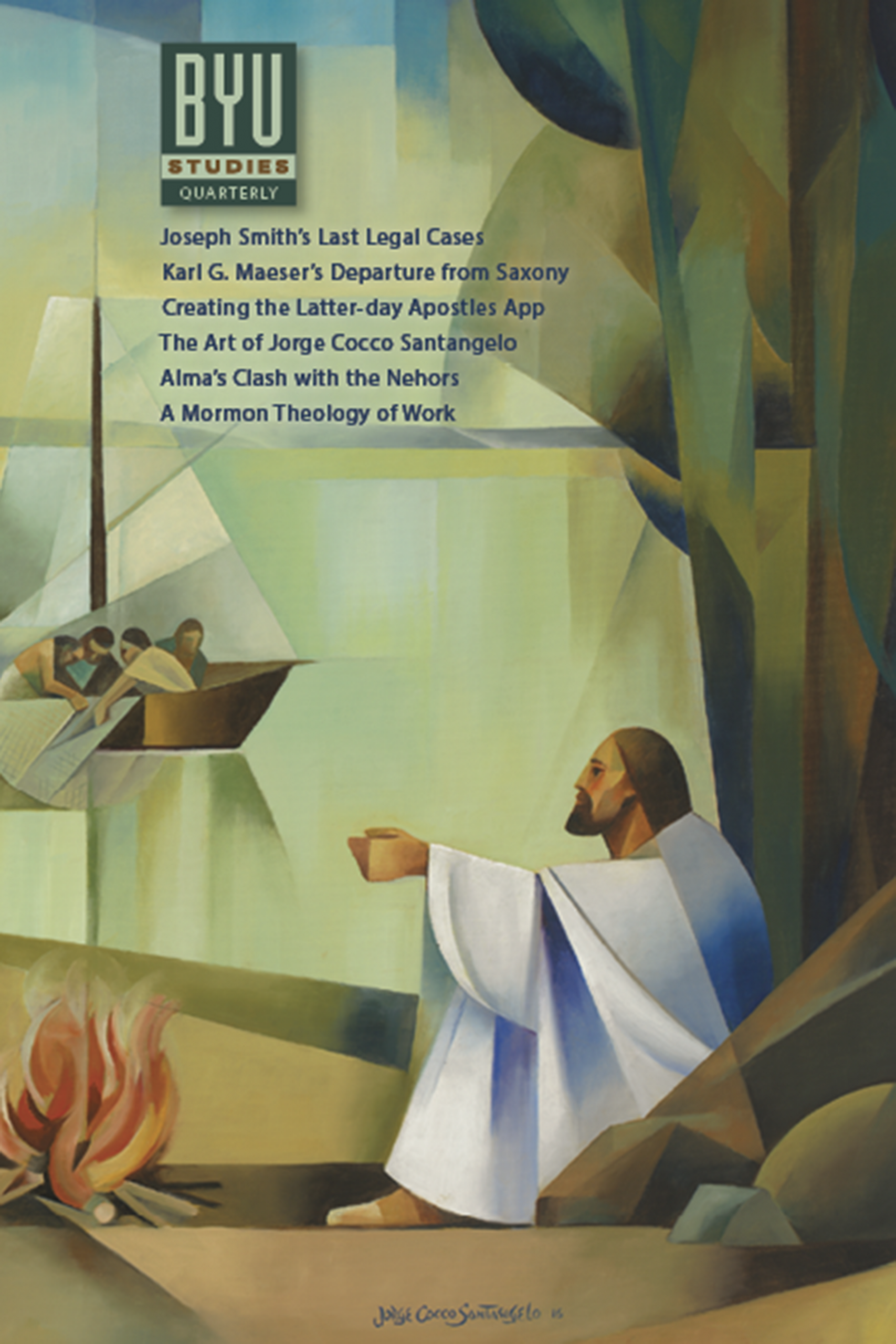