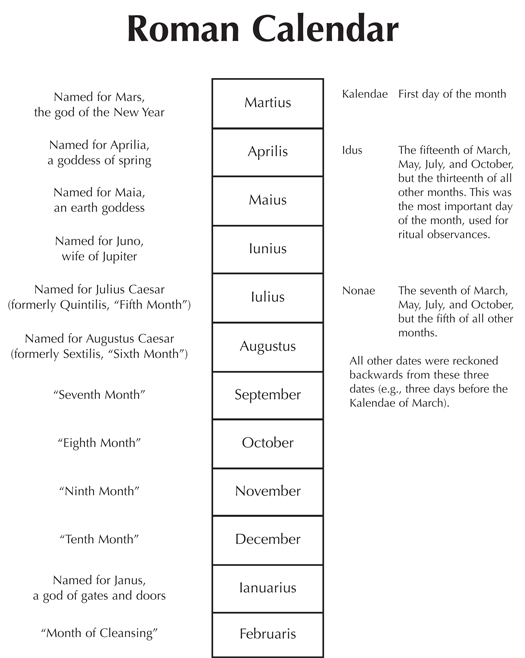 At the time of Christ, the Roman calendar and dating system were used throughout the Roman Empire. The calendar derived from the old lunar calendar of the Etruscans, which as designed to keep record of times for religious observances and festivals, and which retained as principal days of the month the kalends (first), nones (fifth or seventh), and ides (thirteenth or fifteenth), based originally on the phases of the moon. The months had been restructured by the Romans into a solar calendar of twelve months with several intercalary days at the end of February. March was the first Roman month, making September the seventh, October the eighth, etc. These names derive from the Latin words for seven (septem), eight (octo), and so on. The Roman calendar was reformed by Julius Caesar in 45 B.C., which version operated in New Testament times and still forms the basis of our own modern calendar today.

Roman years were numbered ab urbe condita, “from the founding of the city.” The year we call 753 B.C. was the Roman year 1, the year that Rome is believed to have been established.