10-12 The Prevalent Factor of Fear 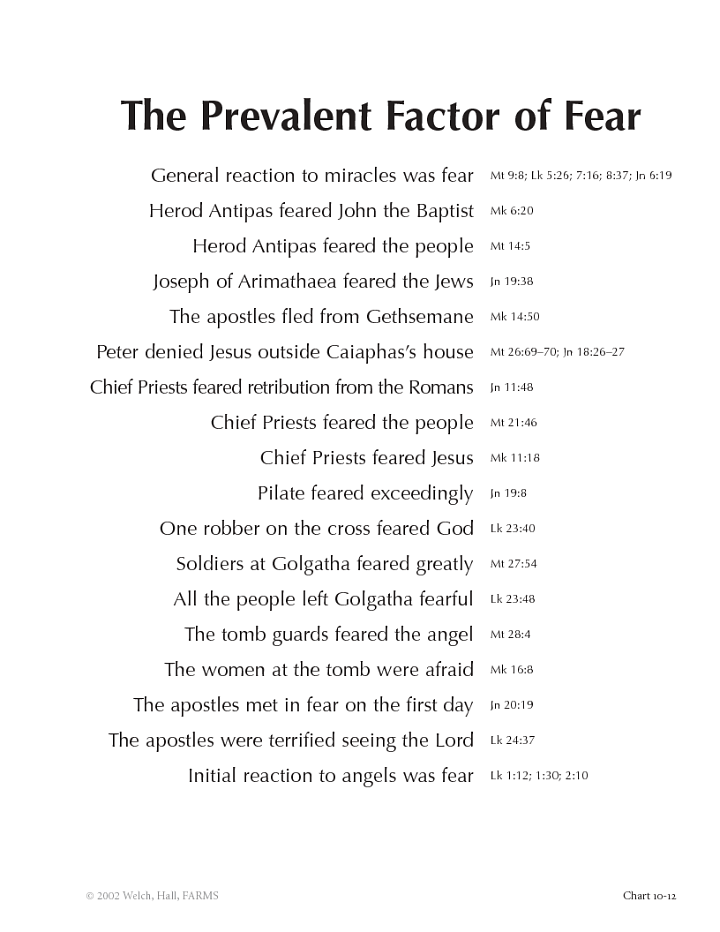 Although the factor of fear is rarely mentioned by New Testament commentators, fear may well provide the consistent driving undercurrent that best explains all the irregularities and vagaries of the so-called trials of Jesus. Powerful and pervasive, this consistent factor runs through the story as an underlying emotion (even though all people were not afraid of the same thing). Consequently, the legal proceedings before the Jewish council and Pontius Pilate should not be viewed as wholly rational affairs. As chart 10-12 shows, many people arrayed around Jesus were afraid of one thing or another. Most often, they were deeply afraid of the supernatural. Jesus’ healings and control of physical elements were open and impressive. They must have been the cause of profound concern to anyone who took these miracles seriously and did not believe that he was the Son of God. The only other option was to reject him as an evil wonder-worker or deceiving magician.