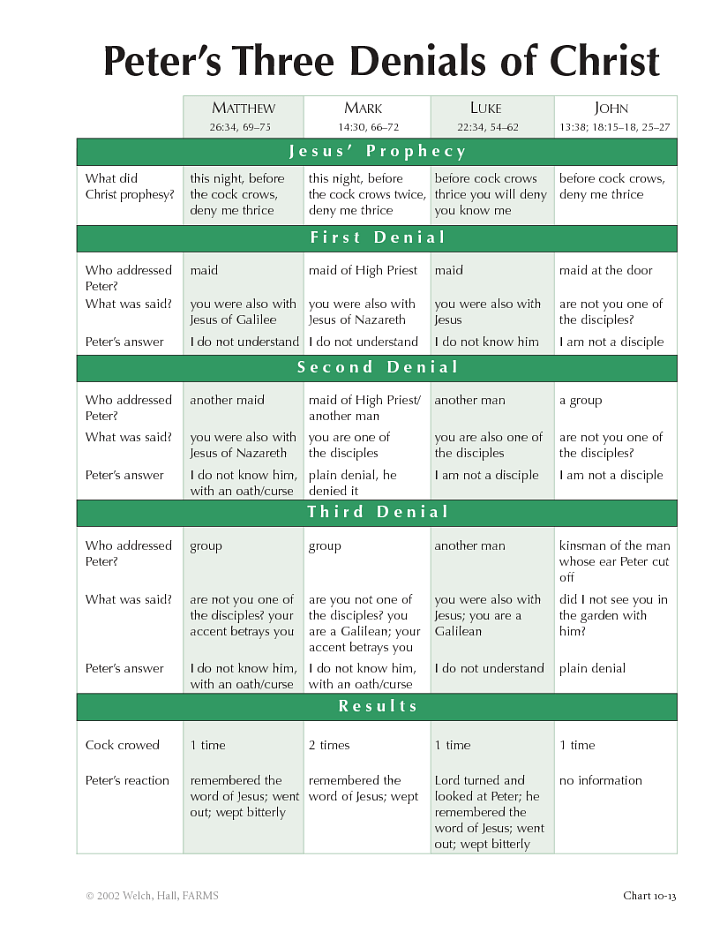 An important detail in the trial of Jesus is the so-called denial of Peter. All four Gospels report this event, but they do so in different ways. To begin with, the exact words of Jesus’ prophecy differ. Would the cock crow once or twice? Would Peter deny that he knows Jesus or that he was a disciple of Jesus? Did Peter actually deny in response to all three of the different questioners, or did he simply profess that he did not understand the question? In any event, it is clear that, unlike John who followed Jesus into the council room, Peter did not step forward and defend Jesus (perhaps for very good reason, under the circumstances). Nevertheless, a close reading of these accounts shows that he did not deny that Jesus was the Christ, only that he had not been in the garden, or a disciple, or one who knew Jesus.