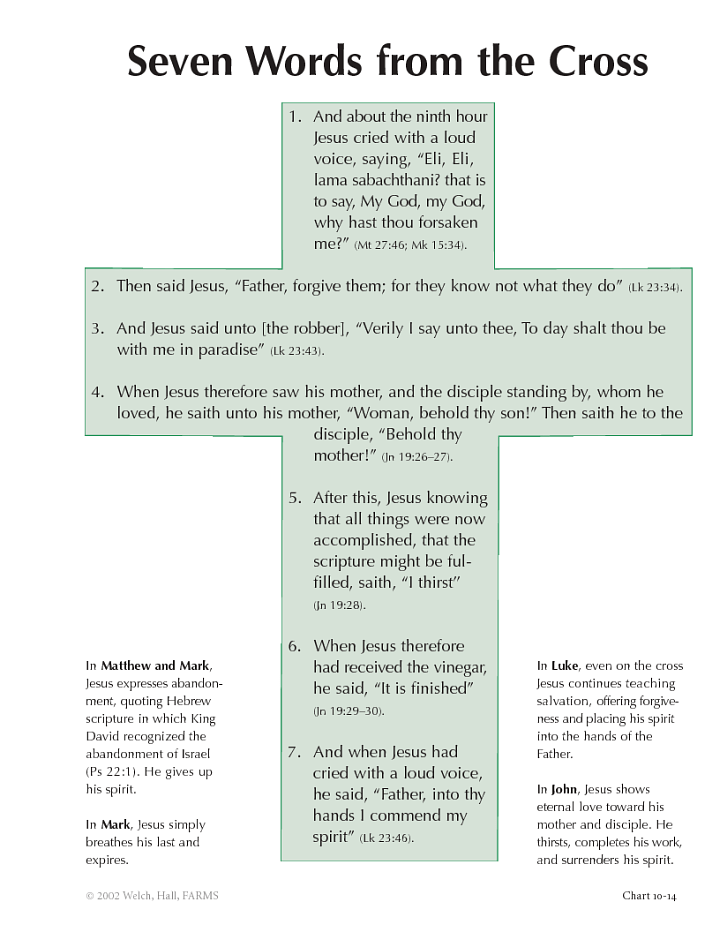 As Jesus hung on the cross, he spoke seven times. Interestingly, six of these seven sayings are reported by only one of the four Gospel writers, and the one saying reported by Matthew and Mark does not appear in either Luke or John. John, who was present at the cross, records three of the statements; Luke gives three others, including the famous words of forgiveness to his crucifiers and of assurance to the repentant robber next to him. Moreover, each of the Gospels uses different words to describe the death of Jesus, from simply breathing his last, to giving up his spirit, to placing his spirit into God’s hands, to giving over or surrendering his spirit. One wonders if these differences are intentional and significant. They seem to be consistent with the overall messages of the individual Gospel writers.