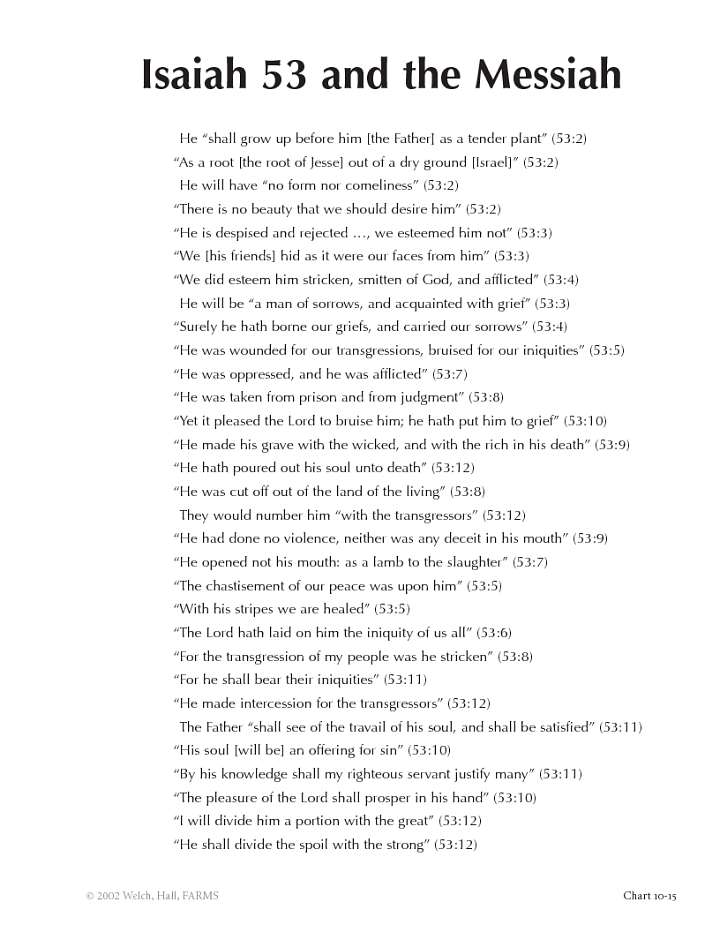 One of the most striking prophecies of the Old Testament is the Suffering Servant song in Isaiah 53. It poignantly affirms that the Lord’s servant will suffer pain and grief, according to the will of God. Not only will he suffer, he will die. Indeed, he will die young, without posterity and innocently. Yet he would go voluntarily and be numbered “with the transgressors” (53:12; Lk 22:37). His suffering will benefit all humanity, for the expiation of sin would come through him. His offering will satisfy the demands of justice and will bring about a reconciliation and atonement between God and mankind. But, according to the prophet, each person will need to accept his offering in order for it to become efficacious. In this way, the Lord shall have spiritual offspring, and he will be able to reward and prosper his people at the day of judgment. These eternal blessings, the spoils of the ultimate war against evil, will be turned over to the servant for division among his followers. Although it remains difficult to determine how many of the earliest Christians fully connected this prophecy with the death of Jesus, Isaiah 53 is quoted several times in the New Testament (see chart 2-5)

and recent evidence from the Dead Sea Scrolls makes it more likely that the Suffering Servant was understood messianically even before the time of Christ.