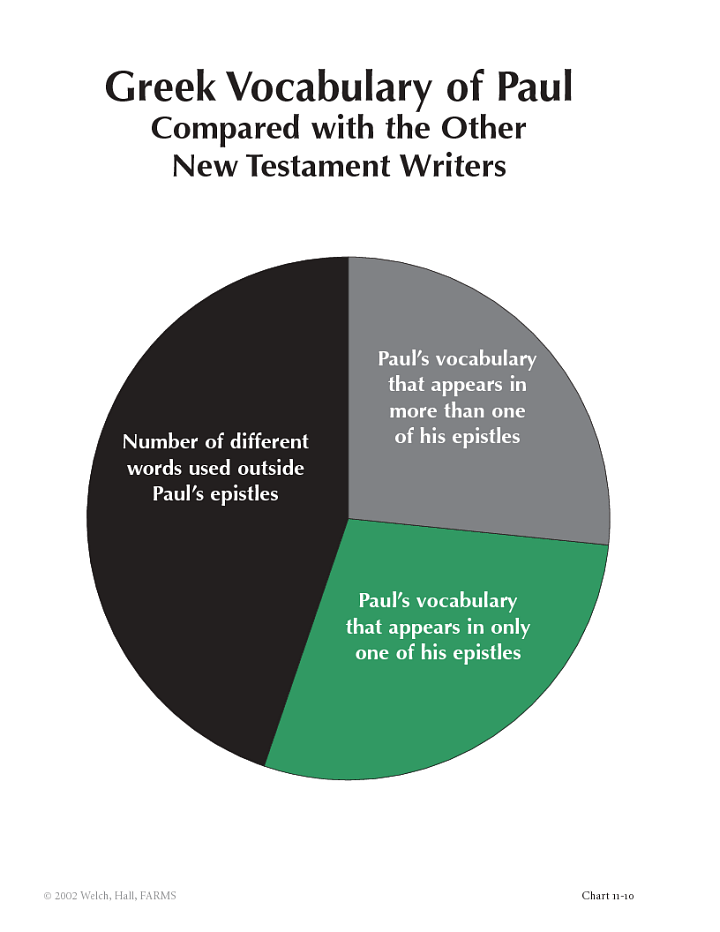 Chart 11-9 displays the vocabulary of Paul, measured according to the Greek. People are often interested in determining which letters may be safely attributed to the apostle Paul. Unusual vocabulary can sometimes offer a clue that a letter was not written by the same person who wrote other letters, but according to the data contained on this chart such words may not prove conclusive in this regard. Each letter of Paul contains unique vocabulary not found in any other of his letters. While the percentage of unique vocabulary ranges from a low of 7 percent to a high of 33 percent even undisputed letters of Paul such as Romans and 1 Corinthians score among the highest in terms of unique vocabulary. Ephesians and Colossians register only 13 percent of their words as unique. For the most part, all that can be concluded from this is that the longer a letter, the more unique its vocabulary tends to become. Moreover, the letter to the Hebrews, while containing a large percentage of Pauline words, has an above average number of unique words because it is the only letter in the New Testament addressed to that particular audience.