112 – The Utility of the Onti and Limnah 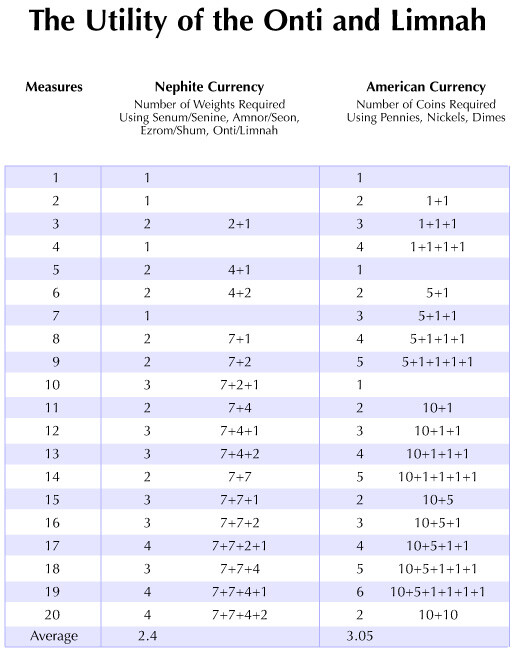 While the Nephite system of weights and measures was not based on a decimal system, as are all modern currencies, it was more efficient, for example, than the system of coinage used today in the United States. As this chart shows, under Mosiah’s system (see Alma 11:1–19) the onti and limnah were worth seven times a senum of silver or senine of gold. This enabled consumers in Nephite society to use fewer weights to weigh out or purchase more measures of grain than if they had been using the decimal system.