115 – When Is It Better for One Man to Perish Than an Entire Nation? 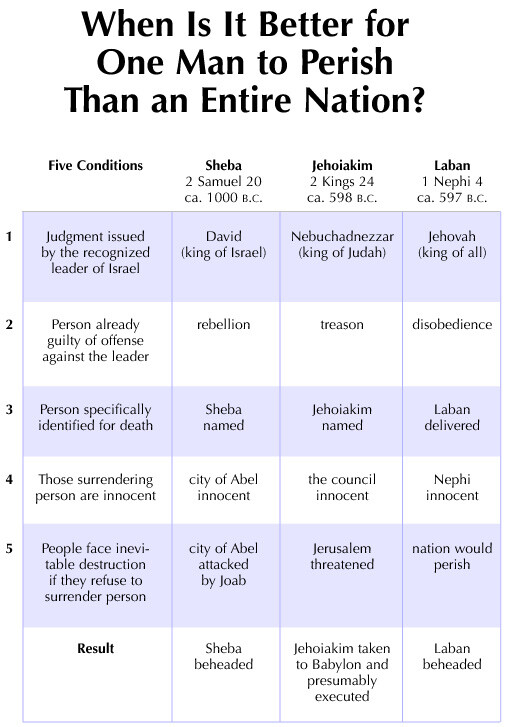 The Spirit told Nephi that the Lord had delivered Laban into Nephi’s hands and that it was better for Laban to die than for an entire nation to perish because of unbelief (see 1 Nephi 4:11–13). Though this case is extremely rare, ancient Israelite law authorized the slaying of a particular man at least two other times. This chart compares Nephi’s situation with two similar incidents found in the Bible: the beheading of the rebel Sheba and the execution of King Jehoiakim. Five conditions were present in each of these instances: The (1) recognized leader of Israel pronounced judgment upon a (2) specifically named person (3) guilty of some form of rebellion or disobedience that (4) would result in the destruction of at least part of Israel (5) unless the innocent people turned the traitor over for execution. Under these special circumstances, the law sanctioned the death of one instead of requiring innocent people to perish or be destroyed.