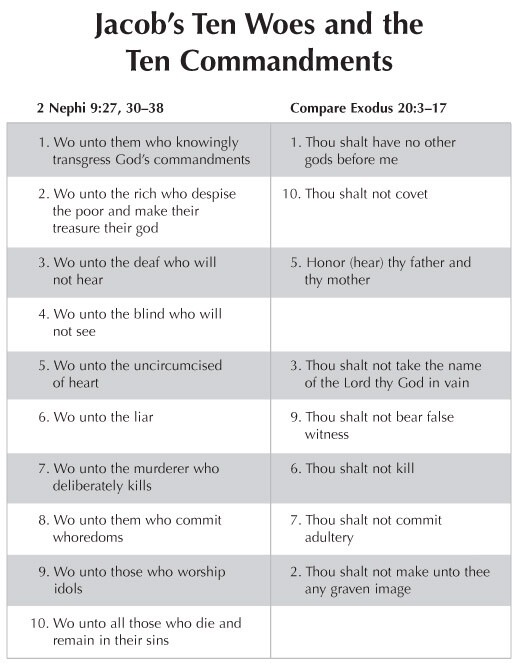 In 2 Nephi 9, Jacob pronounces a “wo” or curse upon the people of Nephi who do not keep the commandments. This chart shows that the specific sins he denounces are similar to several of the sins committed when the Ten Commandments are broken. The two lists are not identical, but it is evident that they are related at several levels. Both give ten warnings, woes, commands, or prohibitions. The fourth commandment (addressing the Sabbath day) and the eighth commandment (prohibiting stealing) are not on Jacob’s list, possibly because they were not a problem for Jacob’s isolated audience to keep. (Note that each item in the chart is numbered according to its order in the scriptural passage it appears in.)