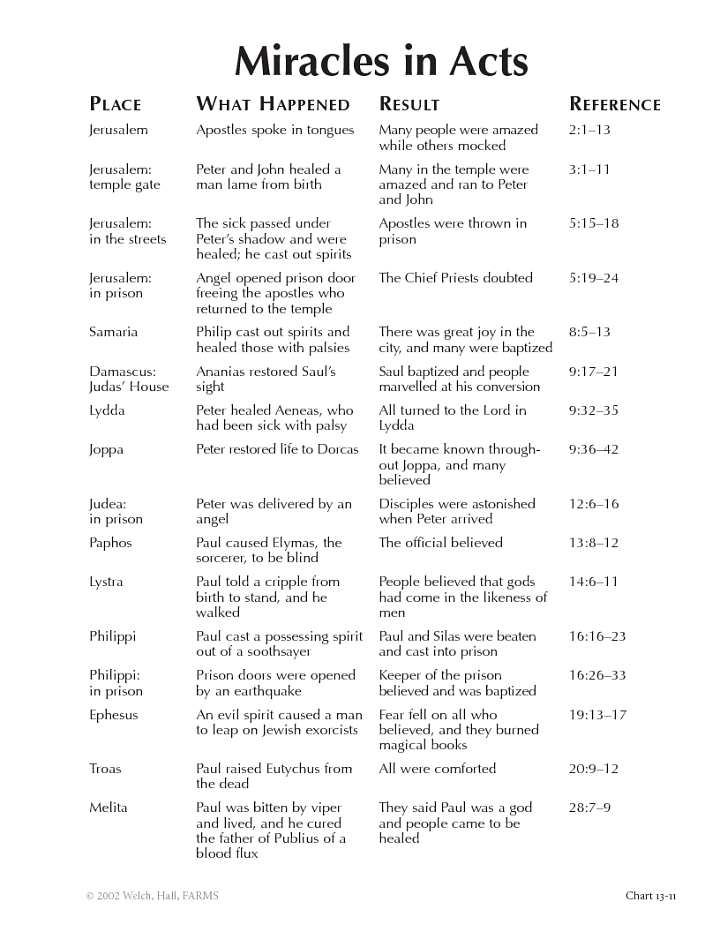 Following in the footsteps of the Master, the apostles of Jesus performed many miracles as they took the gospel out into the world. These wonders included healing the lame, casting out evil spirits, escaping from captivity, restoring sight to the blind, raising the dead, and stopping the discharge of blood. The fact that these miracles were so similar to those performed by Jesus Christ demonstrated to the world that these disciples came endowed with his divine powers. The reactions of people were also similar: the Chief Priests continued to doubt, while others attributed these miracles to God, believed, and were baptized in the name of Jesus.