13 – Book of Mormon Plates and Records 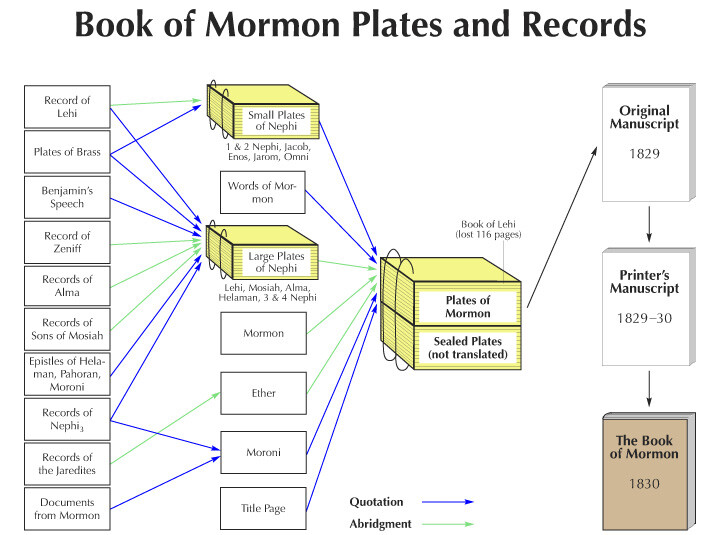 Many ancient documents such as King Benjamin’s speech or the plates of brass were quoted or abridged by the ancient authors who compiled the books found on the small and large plates of Nephi. The abridgments, quotations, and original writings of those Book of Mormon historians are displayed on the left-hand and middle columns of this chart and are then shown in relation to the new set of plates produced by Mormon and Moroni that was delivered to Joseph Smith by the angel Moroni. Joseph dictated the original manuscript of the Book of Mormon from the plates of Mormon. Copying that original manuscript, parts of which survive today, Oliver Cowdery prepared a printer’s manuscript (owned by the RLDS Church). The first edition of the Book of Mormon was typeset from that printer’s manuscript.