134 – “It Came to Pass” Occurrences in the Book of Mormon 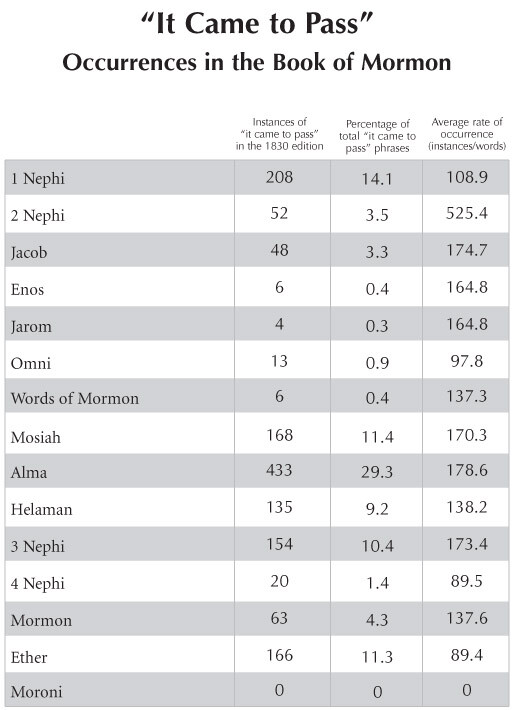 This chart compares the frequency of the phrase “it came to pass” and its closely related formulations in books of the Book of Mormon. The number of times the phrase is used (expressed as a total and as a percentage) and the rate of occurrence (expressed as one occurrence every so many words) are listed for each individual book, varying considerably. Some readers wonder why these words occur so often in the Book of Mormon compared with the Bible. Actually, the Hebrew word wayehi is translated in the King James Version of the Bible as “it came to pass,” but it is also translated as “it happened, came, had come, became, arose, was, now,” and so forth. Therefore, what was an extremely common phrase in the Bible appears to be less so because it was translated into various phrases instead of a single one. Apparently, Joseph Smith was quite consistent in translating it with the phrase “it came to pass” every time. Incidentally, in much the same way, some books in the Bible have a high frequency of “it came to pass,” while others do not.