144 – Nephite Cycle of Righteousness: Mormon’s Warning for Us Today 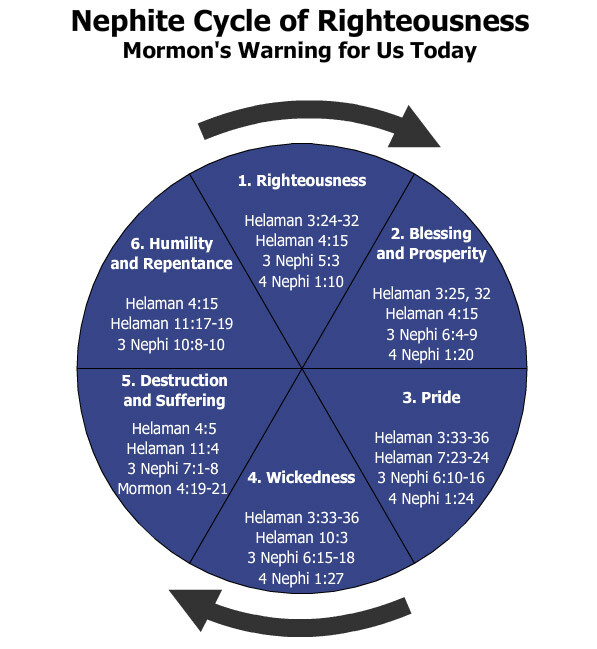 Nowhere is the cycle of righteousness more apparent in the Book of Mormon than during the reign of the judges. The judges governed from 91 B.C. until A.D. 31, when the chief judge was murdered and the government overthrown. During the reign of the judges, the Nephites constantly fluctuated in their level of righteousness. Other factors, such as degrees of peace, political unity, and prosperity no doubt affected their commitment to the gospel; however, the righteousness of the people affected the other factors in a more direct way. This overview of the Nephite cycle of righteousness can be used to identify general trends in the complex examples presented by the following graphs in this section. Beginning at the top of the chart, the scriptures in each cycle can be followed around the circle clockwise until the final destruction recorded in Mormon 4–6, after which no repentance occurred.