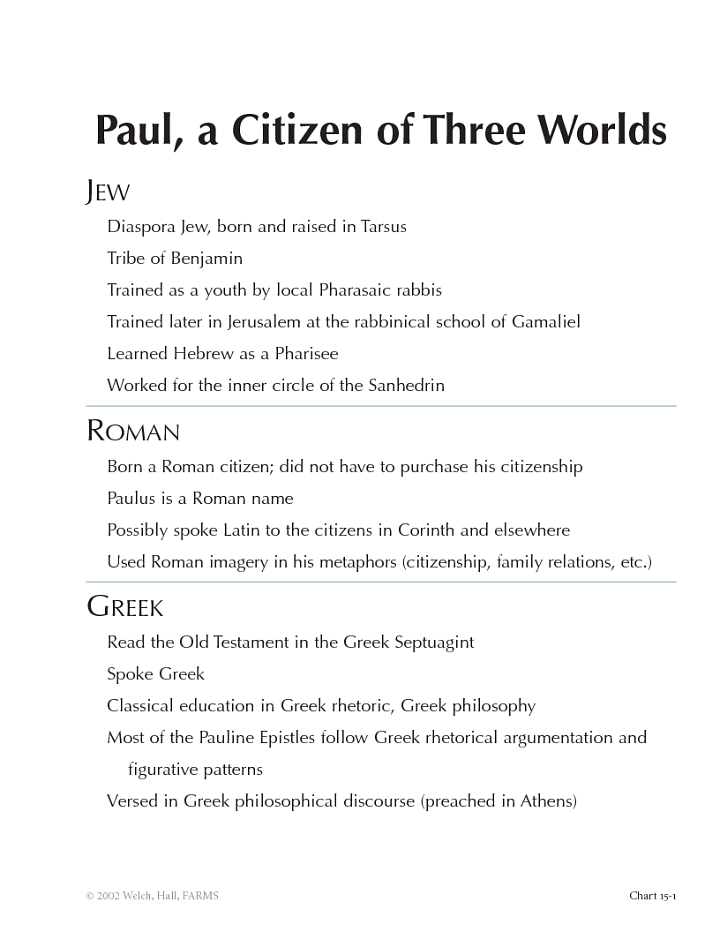 Paul’s multicultural background provided him with training and experience that uniquely prepared him to be called of God as the apostle to the gentiles. From a prominent and no doubt wealthy family of Tarsus, the major metropolitan center of southeastern Anatolia, Paul received the advantages not only of education, both Jewish and Hellenistic, but also the privilege of prized Roman citizenship.

Although a Jew of the Diaspora and the son of a Pharisee, Paul’s economically advantageous background afforded him the opportunity to undertake advanced studies in Judaism under the premier rabbi of the age, Gamaliel, in Jerusalem. Paul was thoroughly familiar with the Old Testament, the Jewish law, and Jewish customs.

Paul’s writings also reveal his superb training in Greek, the language of his home city, and also in Greek rhetoric and philosophy. He probably learned these subjects in Greek schools as he was growing up. Tarsus was noted for its educational institutions. In the eastern Mediterranean less than one percent of the population enjoyed the privileges of Roman citizenship. Thus, the important place of Paul’s family in Tarsus is confirmed by their possession of the rare status of Civis Romanus.