169 – Testimony of the Eight Witnesses 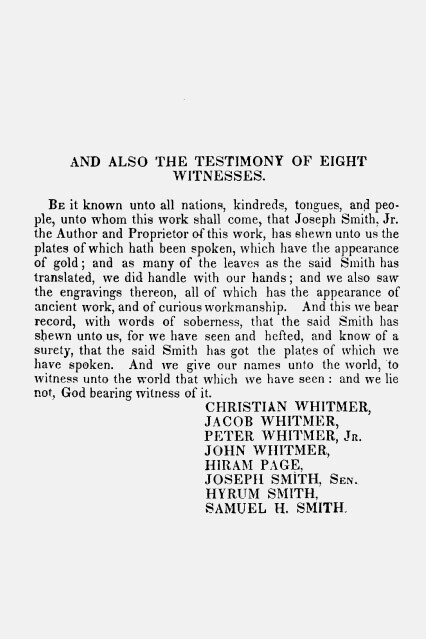 This chart is a photocopy of the first printed Testimony of the Eight Witnesses. The punctuation and spelling are slightly different from that of the 1981 edition, although the words themselves remain unchanged. As was true for the Testimony of Three Witnesses, these names were included at the end of the Book of Mormon to place this seal of testimony upon the published record. The Eight Witnesses were shown the plates by Joseph Smith. They handled the plates and saw the engravings. Despite hardships and difficulties, the Book of Mormon witnesses remained true to their testimonies of this book throughout their lives.