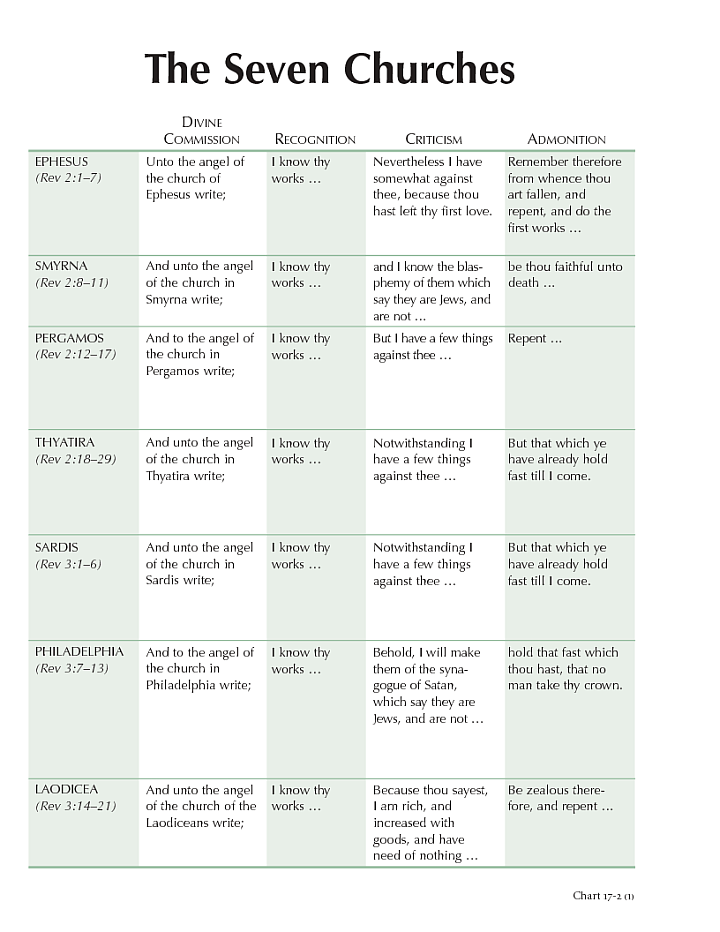 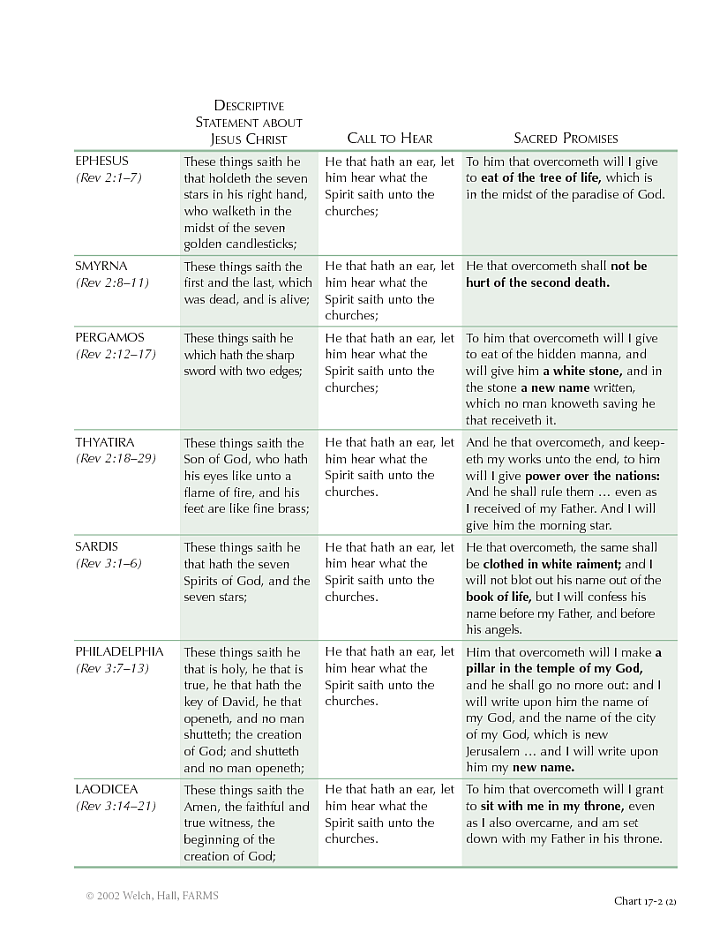 The number seven repeatedly occurs in the text of the book of Revelation. To readers living in the first century, an age when the symbolism of numbers was common, the number seven was thought to represent fulfillment or completion. For example, seven days in the week was a complete cycle; the seven wonders of the world embraced the entire scope of human experience; the seven sages were the wisest of all men. In the book of Revelation, it is not improbable that one of the meanings of the repetitive use of the number seven was to assure listeners of the complete and ultimate fulfillment of those prophecies revealed to John. Chart 17-1 lists fourteen occurrences of the number seven in Revelation.

One example of the use of the number seven in the Revelation given to John is the seven churches the text is addressed to. These seven cities in the Roman province of Asia, in modern-day western Turkey, were the most important of western Anatolia. All were near Ephesus, the largest Christian center of Asia, if not of the entire Mediterranean region. From Ephesus, John presided over the church after the death of Peter.

Each branch of the church is criticized for a particular weakness and admonished in various ways. These seven messages at the beginning of the book of Revelation follow a pattern, as chart 17-2 demonstrates. They encourage the early saints to increase in holiness and give promises anticipating the temple themes of the New Jerusalem that appear at the end of the revelation.