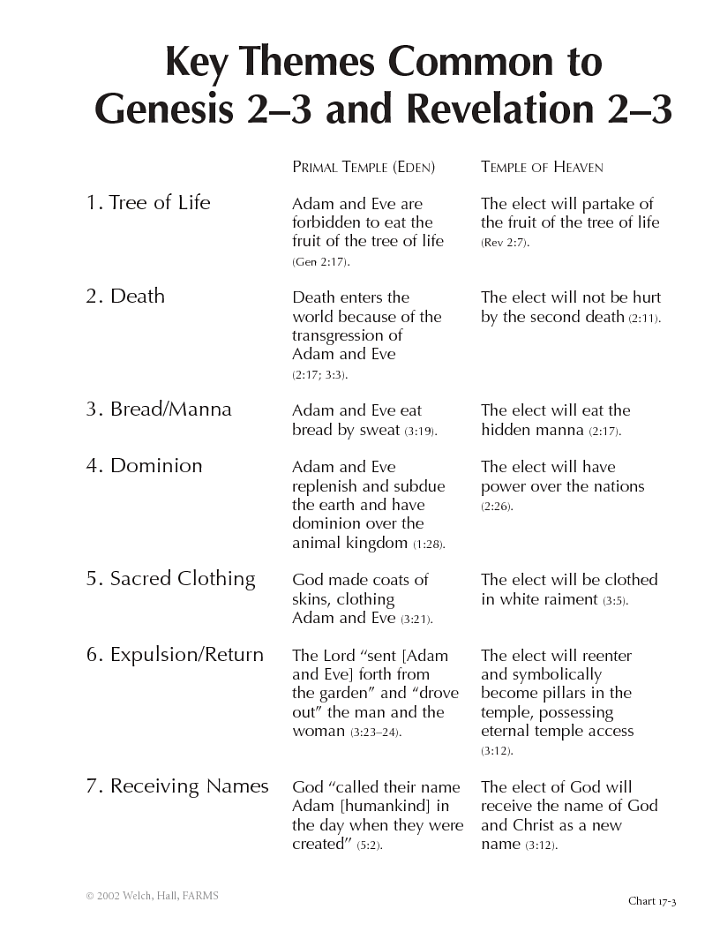 The Garden of Eden was a holy, sacred place. In many ways, it was a prototype of the temple built in Jerusalem, where mankind could again seek to stand in the presence of God, as had Adam and Eve. Chart 17-3 identifies seven temple elements in the primal account of Genesis 2-3. For example, the tree of life is present, clothing is given by God, and names are given. Prominent in the book of Revelation is the New Jerusalem, which houses the heavenly temple in which the Lord and his Saints shall dwell (Rev 21). As John begins his book of Revelation, he addresses seven cities of the province of Asia. The church in each of these seven cities is promised a blessing. As shown on the right hand column of chart 17-3, each of these seven blessings relate to the promise of the temple for these congregations of Saints.