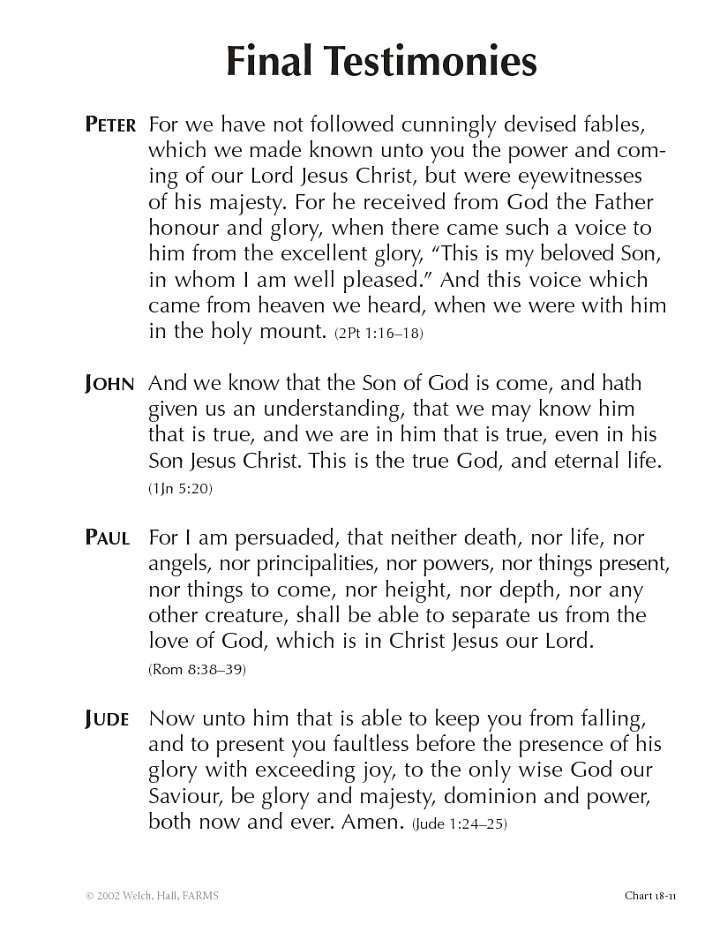 The writers of the New Testament were not timid. They were eager to bear testimony of the things that they had seen and heard and to give “a reason of the hope” that was in them (1Pt 3:15).While these writers may have commenced their gospel narratives and personal spiritual lives at different points of departure (see, for example, chart 7-2), these chosen witnesses all conclude their work at the same point of arrival. As chart 18-11 shows, Peter’s bottom line is that Jesus was the Son of God. John’s ultimate reality is that the Son of God has come. Paul’s final assurance is that nothing can separate us from the love of God which is in Jesus Christ. Jude’s lasting testimony is that Jesus is the only true and wise God.

Probably the last New Testament book to be written was the Gospel of John, not the Revelation of John (which stands out of chronological order at the end of the New Testament collection today). John 21, the final appendix to the beloved apostle’s Gospel, ends with the firm attestation, “and we know that his testimony is true” (Jn 21:24) and with the sober reminder that Jesus did many other things not mentioned in the Bible—so many, in fact, that it would be impossible for all the books in the world to contain them.