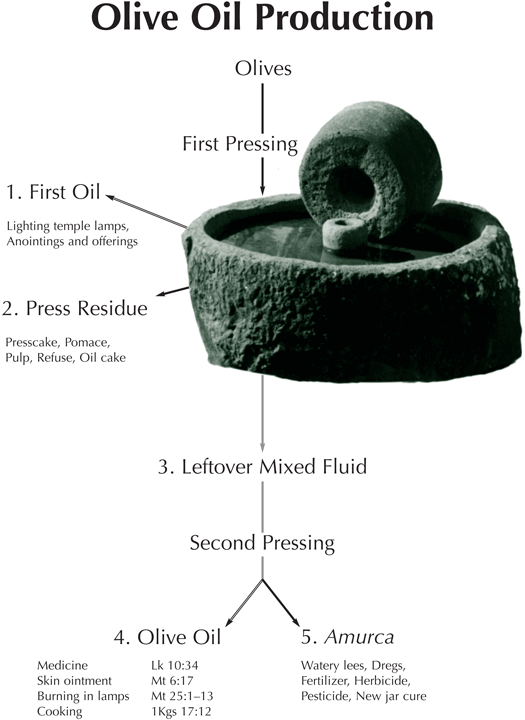 The olive crop was a mainstay of Palestinian economy in the days of Jesus. Olive trees were carefully cultivated and took decades to grow. The valuable olive was used for many purposes. The purest oil of the first pressing was especially prized and was used for anointing in the religious ceremonies of Jews, Greeks, and Romans. After separating out the press residue, which was used for fuel, the remaining fluid was re-pressed and separated into oil and amurca. The oil served as a basis for medicines and cosmetics, as well as the main source of lamp and cooking oils.