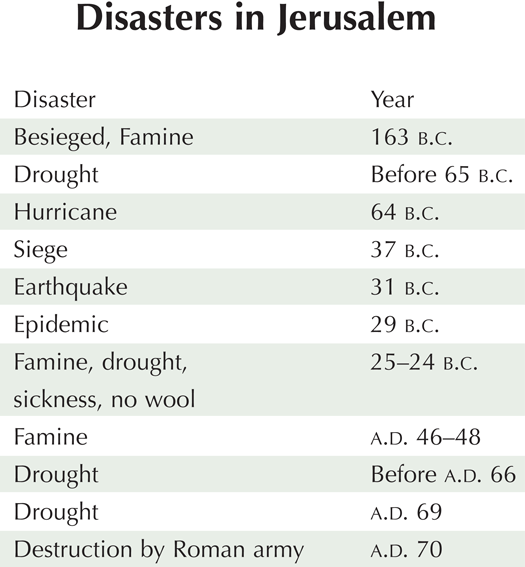 Times were hard in the ancient world. Weather and other natural disasters disrupted society and dislodged rulers. Although incomplete, historical records provide considerable data about various disasters that befell Jerusalem in the years around the time of Jesus. Catastrophes included war, famine, drought, wind, earthquakes, and epidemics. When Jesus prophesied of impending cataclysms that hung over the city of Jerusalem, and when he warned people to build their house upon a rock and not upon the sand, his audiences would have understood immediately the terrible reality of such disasters.