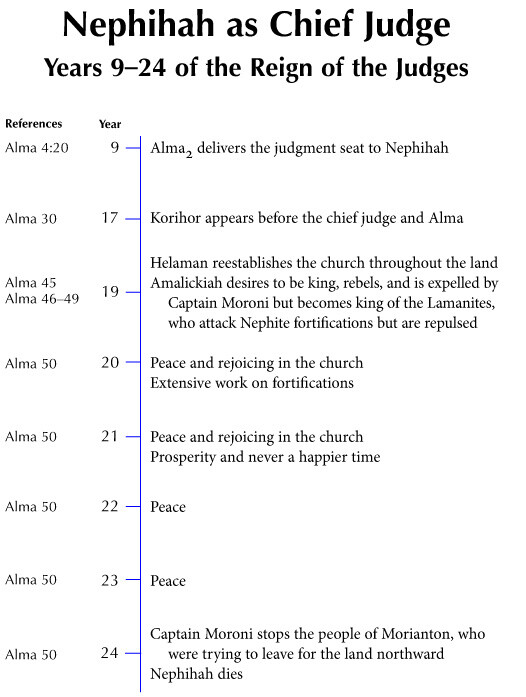 Nephihah served as chief judge for sixteen years, from the ninth to the twenty-fourth years of the reign of the judges (83–68 B.C.). Although he served a long time, little is known about him. He was largely overshadowed by the activities of Alma2, Amulek, the four sons of Mosiah, Helaman2, Captain Moroni, and other Nephite leaders. For a more complete listing of events during the first ten years of his reign, see chart 35. Nephihah seems to have been a weak ruler. He was the judge at the time of the serious troubles with Korihor and Amalickiah, but he played little role in handling those cases, as far as we know. Due largely to the strength of others around him, his final years were known as the happiest times in all of Nephite history.