5 – Emma Smith on the Book of Mormon Translation Process, Quote 2 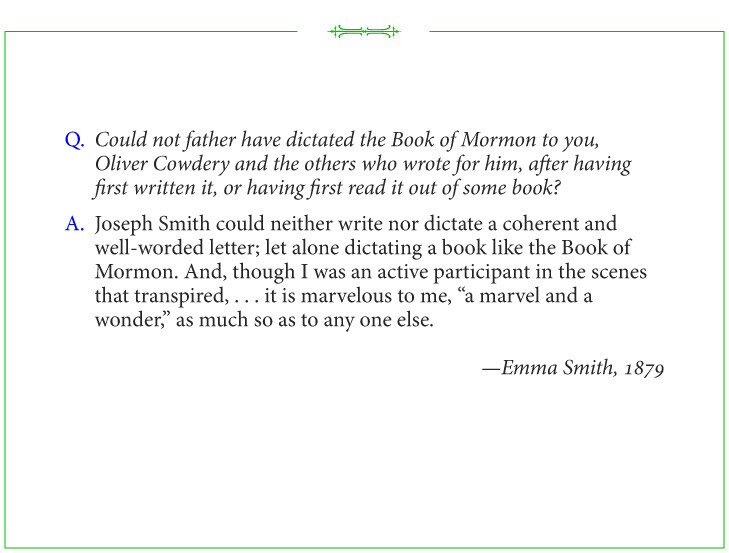 Answering a question posed by her son Joseph Smith III in 1879, Emma Smith indicated that the Prophet Joseph Smith could not have been the author of the Book of Mormon, for he had neither the writing abilities nor adequate knowledge of ancient Israel. In fact, so limited was Joseph’s knowledge when he translated the plates that he feared he had found an error when he read from the plates of Nephi that the city of Jerusalem was surrounded by a wall.