51 – The Coming of Christ to the Nephites: A Pattern for His Second Coming 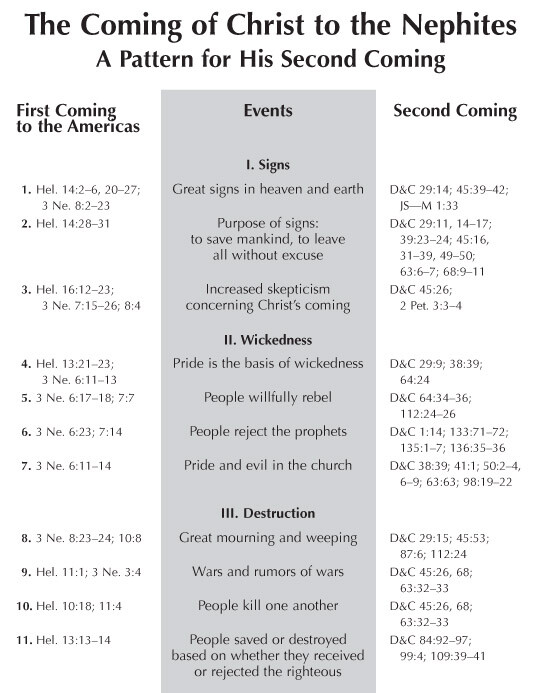 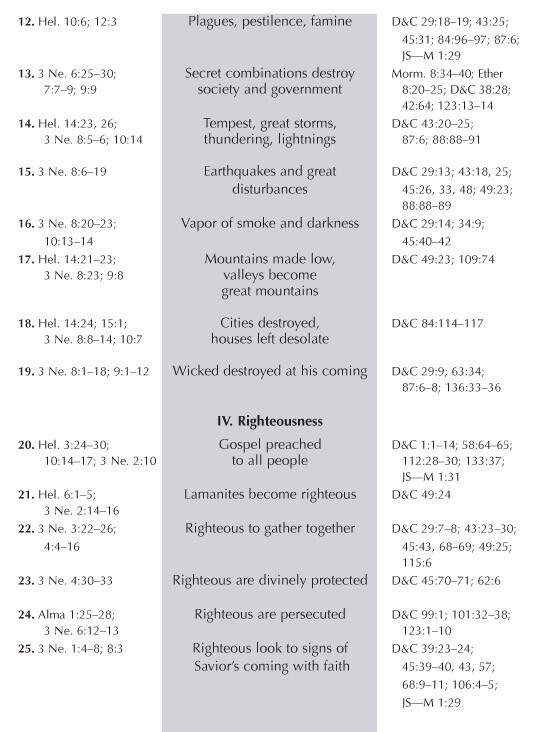 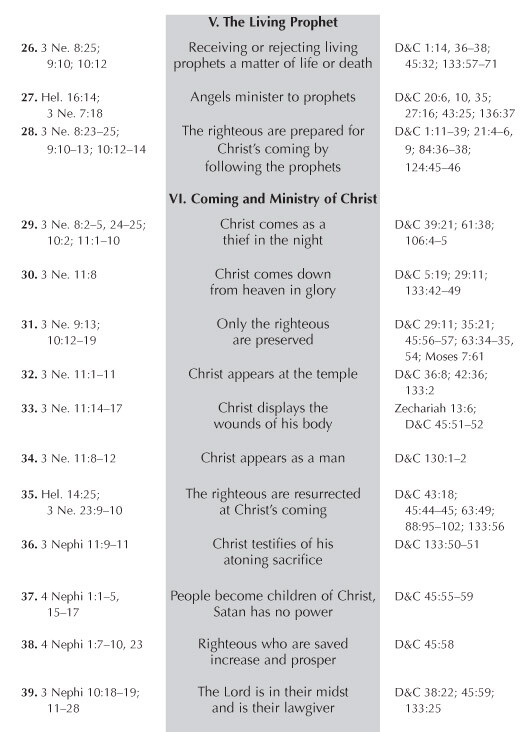 The recorded conditions that prevailed on the American continent preceding Jesus Christ’s visitation to the Nephites and Lamanites can be compared to the prophesied conditions of the world before his second coming. As in the Americas two thousand years ago, there will be increased skepticism concerning Christ’s coming, great signs in heaven and on earth, secret combinations that destroy society and the government, and great natural disasters preceding the second coming of Jesus Christ. In addition, as before, the Lord has issued warnings to the Saints in this dispensation concerning pride, hypocrisy, and other forms of wickedness—lest church members “become as the Nephites of old” (D&C 38:39). Such warnings signal potential problems that may exist in the church prior to the second coming. This table lists the conditions that correspond to both the first and second comings of Christ, as well as scriptural references documenting each relevant prophecy or event.