6-1 Major Cities of the Eastern Provinces 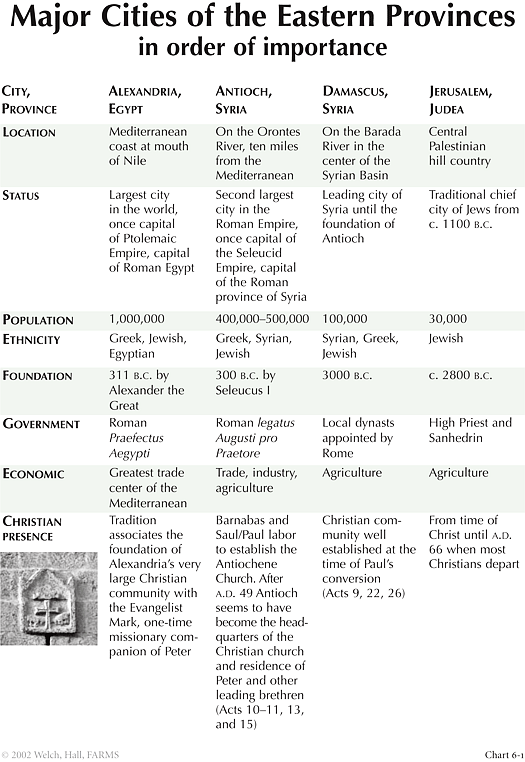 The strength of the Roman Empire was found not only in the municipalities of Italy but also in the major cities of its provinces. Indeed, the most populous cities were located in the provinces of the region the Romans called “the East.” Founded by Alexander the Great, the Greek settlement of Alexandria in Egypt was the largest city in the world and, after Rome, the richest during the time of Christ. The second largest was Syria’s Antioch, one-time capital of the Seleucid Empire.