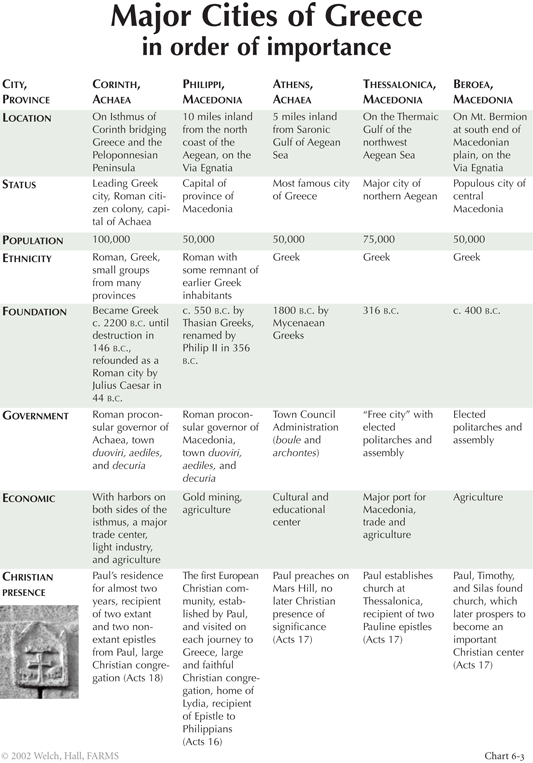 Paul’s ministry took him to Asia Minor and then to Greece. By that time, this ancient land of city-states had been ruled by Rome for two centuries. The Romans had organized Greece into two provinces: Macedonia in the north, with Philippi as its provincial capital; and Achaea in the south, with its capital of Corinth. Paul spent significant time in both of these important cities, especially Corinth, which had been largely rebuilt and colonized by Romans and Italians. Consequently, Latin was used as much as Greek by the populations of these cities in the first century. The other cities listed were entirely Greek in their population and language. As a Greek-speaking Roman citizen, Paul was comfortable in either setting. Sizeable numbers of Christians were converted in the Greek cities on the chart, with the possible exception of Athens, which had been the great city of Greece five hundred years earlier.