6-4 Estimated Distribution of Citizenship in the Roman Empire 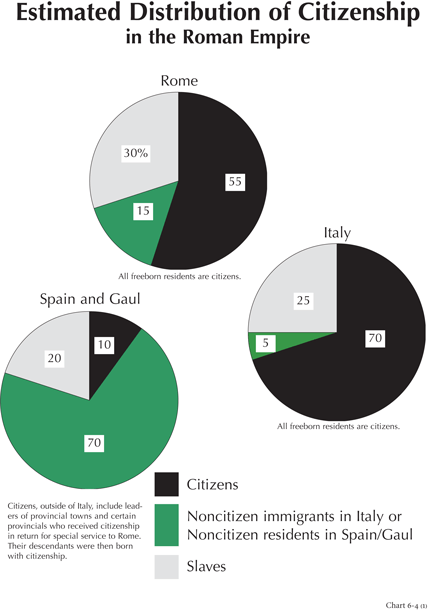 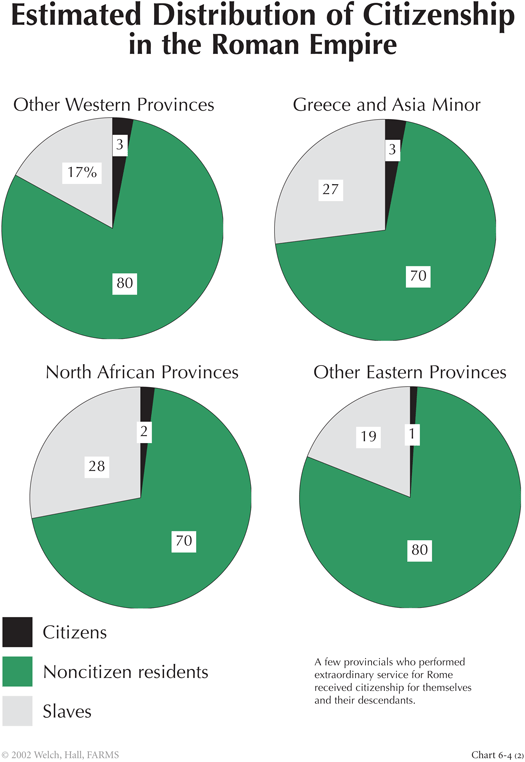 Chart 6-4 shows the ratios of Roman citizens to noncitizens and slaves in different parts of the Roman Empire around the middle of the first century.

Because all persons born of Roman parentage in Rome or Italy automatically received full citizen rights, most of the people in that part of the empire were citizens. Rome, and to some degree Italy, was also home to many immigrants from other parts of the empire, who did not possess citizen rights.

Western provinces had a significantly greater number of citizens than eastern provinces. A long process of Romanization in the West had resulted in a ruling class in the towns and municipalities of Gaul and Spain, whose Roman ways and allegiance to the empire acquired Roman citizen rights by virtue of local political office. Of course, all descendants of Roman citizens inherited the prized right of Roman citizenship no matter where they were born.

In the East, very few possessed the privilege of citizenship since it could only be acquired in those provinces by viritane grant—as a reward for great services rendered by single individual. The practice of purchasing citizenship was new in this century, and the universal grant of citizenship did not come until later. Most of Paul’s work occurred in areas where Roman citizenship was quite uncommon (1-3 percent), perhaps contributing to his practice of not advertising his status.

A substantial population of slaves, generally around 20-30 percent, could be found throughout the empire. The slave population was highest in Rome. People of all races or ethnic origins might find themselves working as slaves in the household of another. Generally, slaves could purchase their freedom if they acquired enough money; others were granted freedom upon the death of their master. Paul’s counsel to his converts did not ignore this large segment of the human family; he considered himself a servant (or slave) in the household of God—a vivid image in his day.