7-7 Parables and Metaphors of Jesus 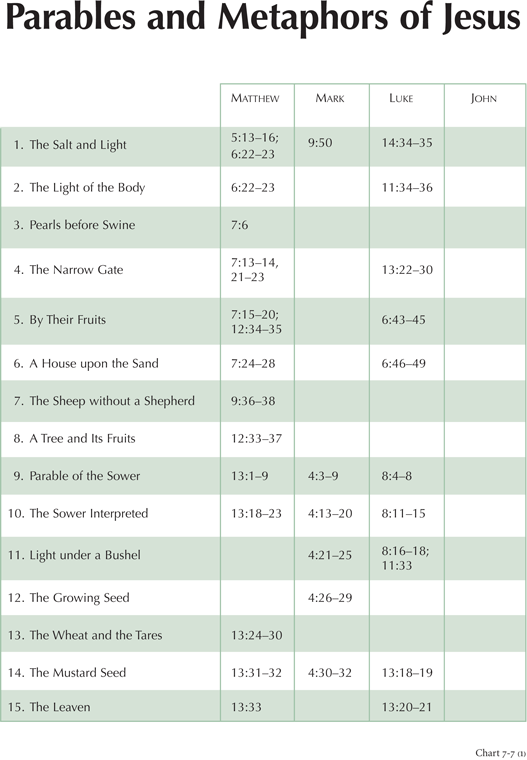 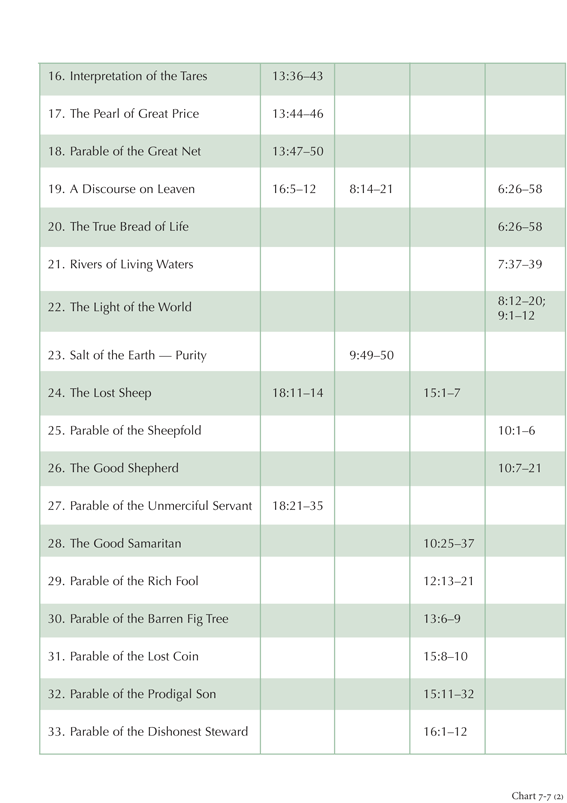 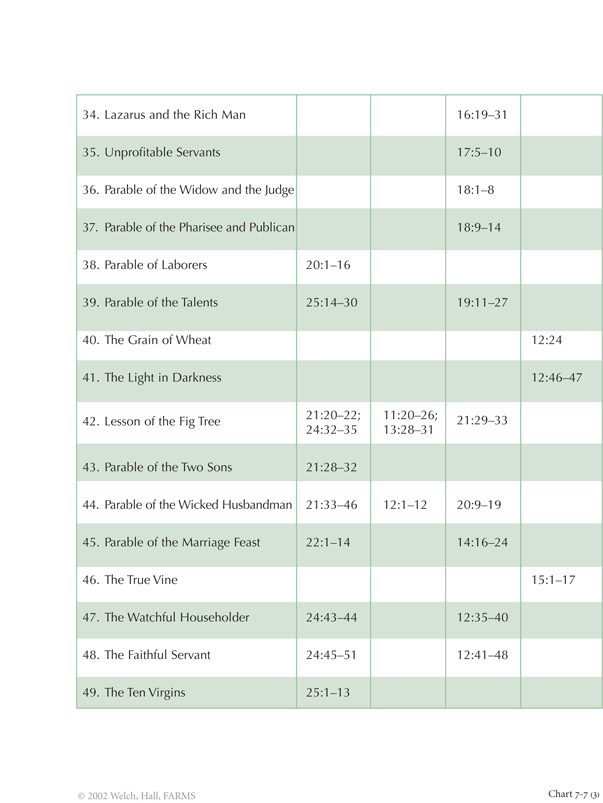 Special groupings of segments from the four Gospels are broken out for convenience in the next few charts. Was Jesus a sage who focused mainly on teaching, or was he primarily a man of action? The first two charts in this section show that he equally did both. The forty-nine main parables or metaphors spoken by Jesus are arrayed in chart 7-7, with the forty-two most impressive miracles that he performed, presented on chart 7-8. Jesus was Savior both in word and deed, and thus he praised any person who both “heareth these sayings of mine and doeth them” (Mt 7:24).

Passages on John the Baptist and his followers, most heavily reported in Luke, are shown on chart 7-9. Texts regarding the disciples or apostles of Jesus are listed on chart 7-10. As these charts demonstrate, John and Jesus attracted and instructed a strong group of devoted followers. Jesus organized his disciples into groups of twelve or seventy, and he sent them forth to do the works that he had shown them and to teach the words that he had given them.