70 – The Ways of Life and Death: Abinadi’s Explanation 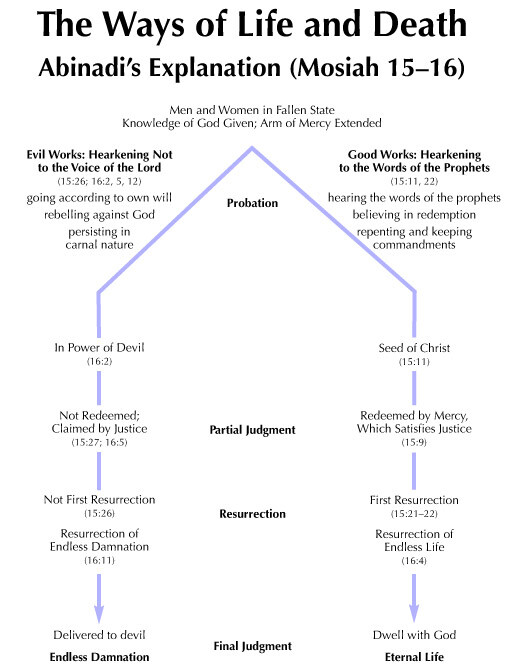 Abinadi, in Mosiah 15–16, expounds upon the ways of life and death to King Noah and his priests. In this provocative sermon, Abinadi warns Noah that obeying God also means following his prophets, namely, Abinadi. Abinadi preaches that if men and women do not listen to the voice, or mouthpiece, of the Lord, they necessarily follow the way of death. Abinadi also speaks of partial judgment before the resurrection, a concept not found in Alma’s, Jacob’s, and Benjamin’s speeches.