72 – The Ways of Life and Death: Alma the Younger’s Explanation in Zarahemla 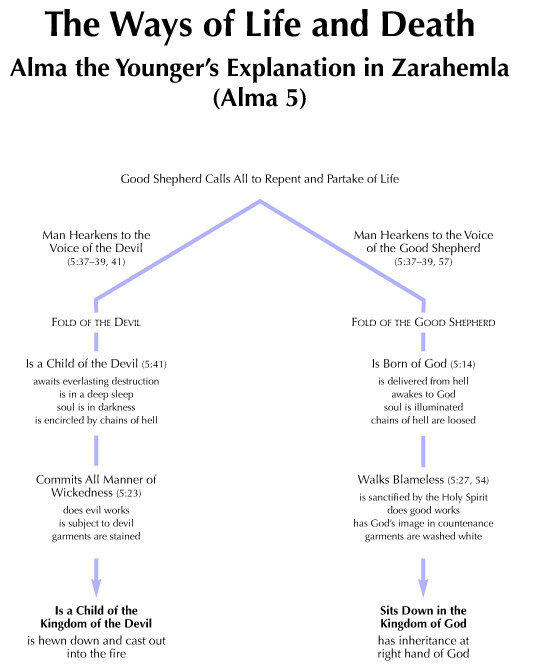 Alma the Younger’s perception of the gospel was heavily influenced by the teachings of King Benjamin, Abinadi, and his father, Alma. His explanation of the ways of life and death to the people of Zarahemla (see Alma 5) echoes and expounds upon the teachings of his predecessors, emphasizing adherence to the voice of the Good Shepherd as the way to sustain spiritual life. Alma the Younger also states that “whatsoever is good cometh from God, and whatsoever is evil cometh from the devil” (Alma 5:40). Just as humanity’s ability to bring forth good works is an element of God’s grace, as the foregoing quotation suggests, the very existence of life and the power granted to humanity to proceed in the way of life are also gifts from God.