74 – The Ways of Life and Death: Alma the Younger’s Explanation to Corianton 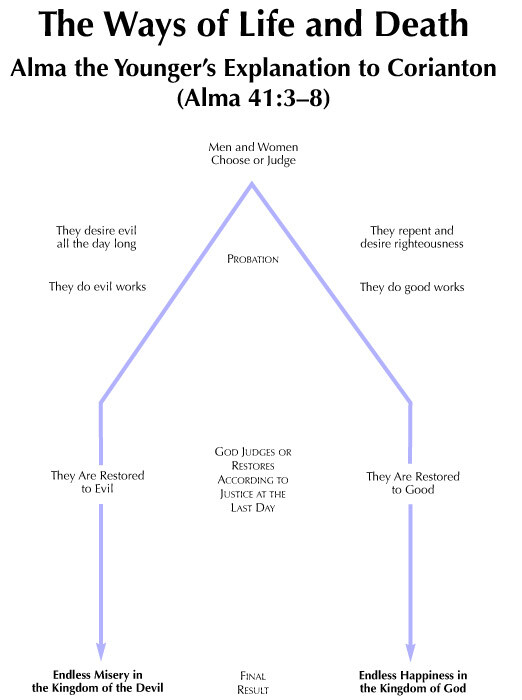 Alma the Younger discussed the ways of life and death in both public sermons and private instructions. In Alma 41 he chastises his son Corianton, who had been on a mission to the Zoramites, for boasting and committing sexual sins. In this chapter Alma explains that the doctrine of restoration is inextricably tied with the doctrine of the Two Ways. For example, those who choose evil follow the way of death and will unavoidably be restored to evil, “raised to . . . endless misery to inherit the kingdom of the devil” (Alma 41:4). Like Jacob, Alma focuses on the desires of the people as leading to eternal life or death. And like Benjamin, he sermonizes on casting off the natural man through the mercy of God. Apparently, his private instruction to Corianton was quite convincing, for Corianton was again called to preach and later declared the word of God to the people of the church (see Alma 49:30).