75 – The Ways of Life and Death: Mormon’s Explanation 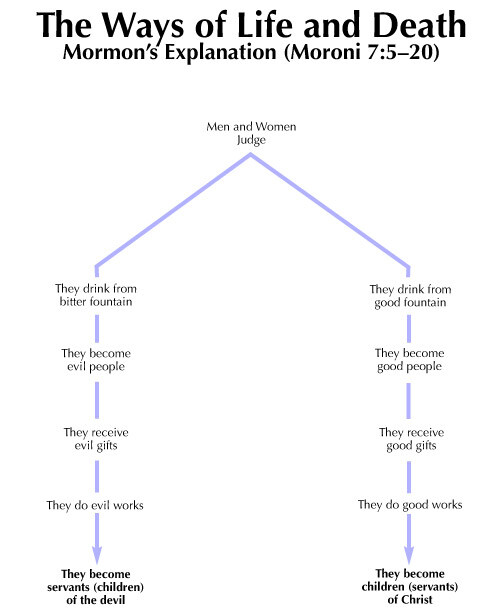 Moroni included in the Book of Mormon a sermon given by his father, Mormon, which is widely known as including Mormon’s discussion on faith, hope, and charity. In this sermon Mormon explains the ways of life and death to introduce the concepts of faith, hope, and charity (see Moroni 7:5–20). He speaks of choosing between good and bitter fountains, which may represent Jesus Christ and the devil as well as us as individuals once we have chosen which fountain to drink from. Choosing which fountain to drink from largely determines what we will ultimately become—a child of Christ or a servant of the devil. For Mormon there is no middle ground.