8-13 Two Healings on the Sabbath 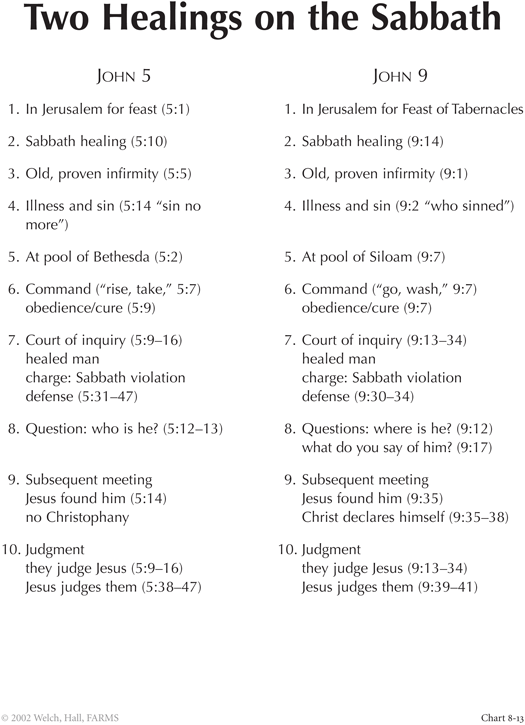 One may wonder why the two stories are so similar. There may be many reasons. The consistency may well reflect the orderly practice of the Lord, who does not vary unpredictably from one case to the next. These two accounts, typical of other similar doublets in the scriptures, stand as two witnesses of the truth of what they report. In Job 33:14, Elihu says, “For God speaketh once, yea twice,” and yet man still does not understand. Twice-told truths serve as double notice to reinforce their importance in hopes of promoting their acceptance.