8-7 The Lives of Joseph and Jesus 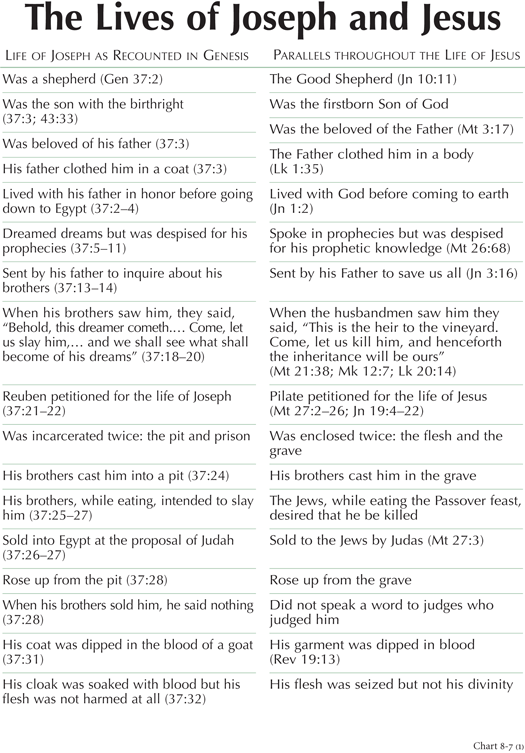 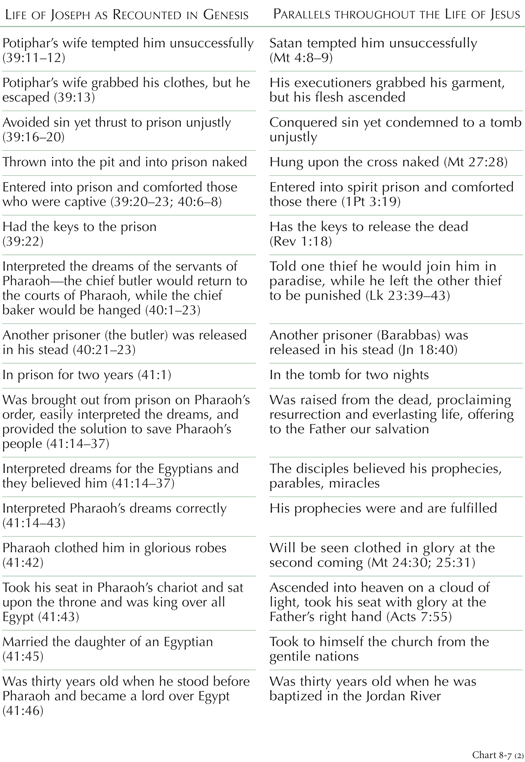 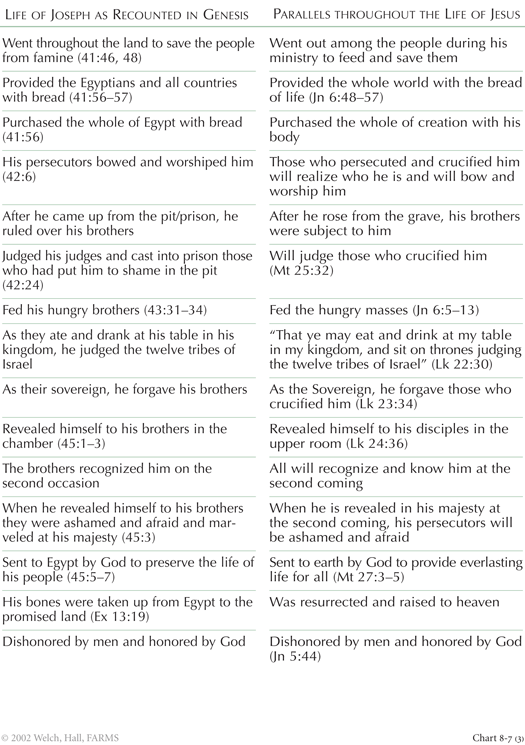 The fact that Jesus was raised under the guardianship of Joseph takes readers back to another Joseph who became an important ruler in Egypt and saved the children of Israel from severe famine. Early Christian writers, especially in the Syriac tradition that grew out of the fledgling congregations at Antioch and Damascus, drew many parallels between the lives of Joseph and Jesus. Both were “shepherds.” Both held the birthright. Both were “sold” by brethren. Both were tempted. Both forgave. This chart lists many interesting parallels. Most of them date to sources from early Christian times; others have been newly added or clarified. Some may be fanciful or tenuous, but all contribute to seeing Joseph in Egypt as a type or shadow of Jesus. Because patterns of righteousness are stable and enduring, the exemplary deeds and behavior of all great men and women of God share many common qualities and features.