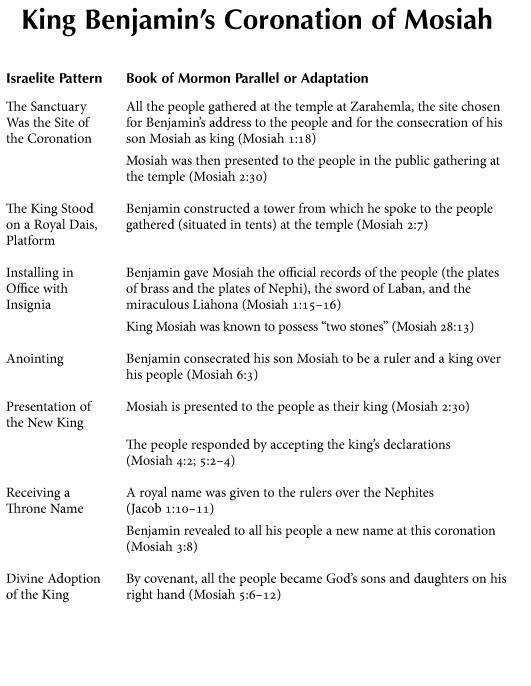 The coronation of Mosiah by King Benjamin was a grand ceremonial event that parallels the installation of kings in ancient Israel and other Near Eastern countries of antiquity, suggesting that the Nephites continued to practice Old World traditions in the Americas. Coronations were important ritual acts in the ancient Near East, including, among other things, anointing the new king, installing him in office with insignia, and presenting him to the people—elements that Benjamin’s ceremony also contained. Old Testament parallels to Mosiah’s coronation can be found in 1 Kings 1:34, 39; 2 Kings 11:12, 14, 17; 23:3; and 2 Chronicles 6:13.