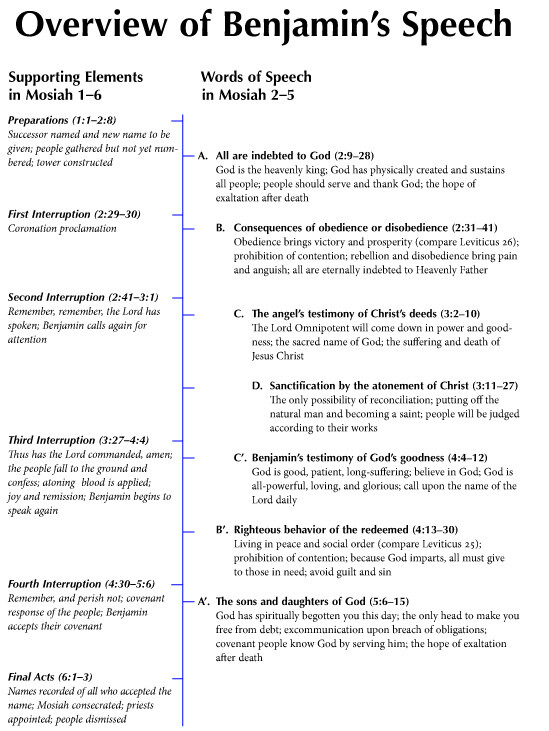 This chart is an outline of the chiastic nature of King Benjamin’s speech to the people at the temple of Zarahemla. In it are seven major sections separated by interruptions or intervening ceremonial acts. The overall structure of the text follows an A–B–C–D–C’–B’–A’ pattern: the atonement of Jesus Christ is the crux, or center, of the speech (section D), the angel’s and Benjamin’s testimonies of the atonement are found on either side of it (sections C and C’), the behavior of the people is addressed in sections B and B’, and sections A and A’ address God and his relationship with the people. Further chiasms can be found on the sentence level, indicating that this speech was highly structured for the occasion. The evidence of chiasmus in the Book of Mormon attests to its artistry and antiquity. For a more detailed explanation of chiasmus, refer to charts 128–33.