9-10 Seven Signs in the Gospel of John 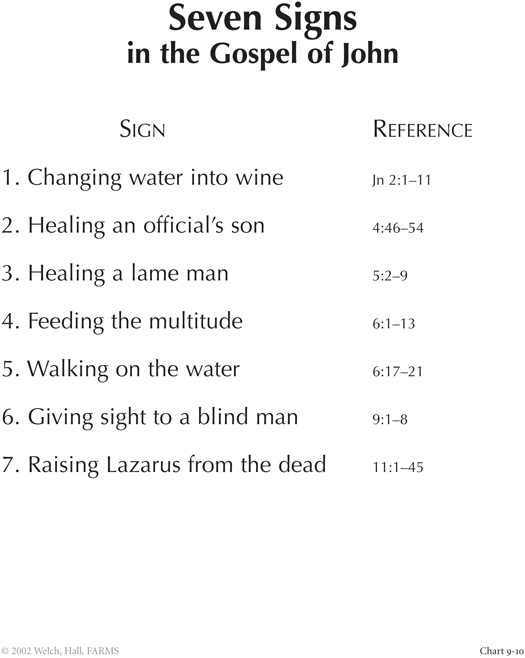 Scholars suspect that when the apostle John wrote his Gospel, he had in front of him or knew of a record that scholars have called hypothetically the “Book of Signs.” Whether such an independent source existed or not, the Gospel of John features several miracles that validate the teaching of Jesus by showing that he had divine powers. Interestingly, seven miracles are reported in John, a number that occurs prominently in the book of Revelation (see chart 17-1).