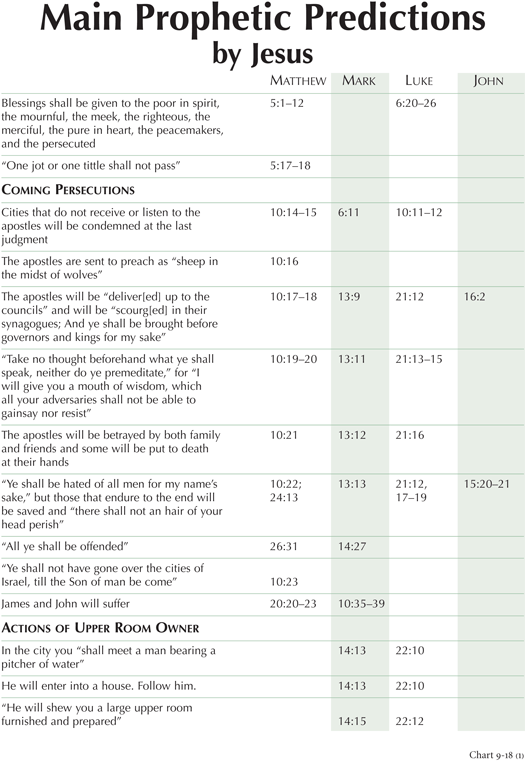 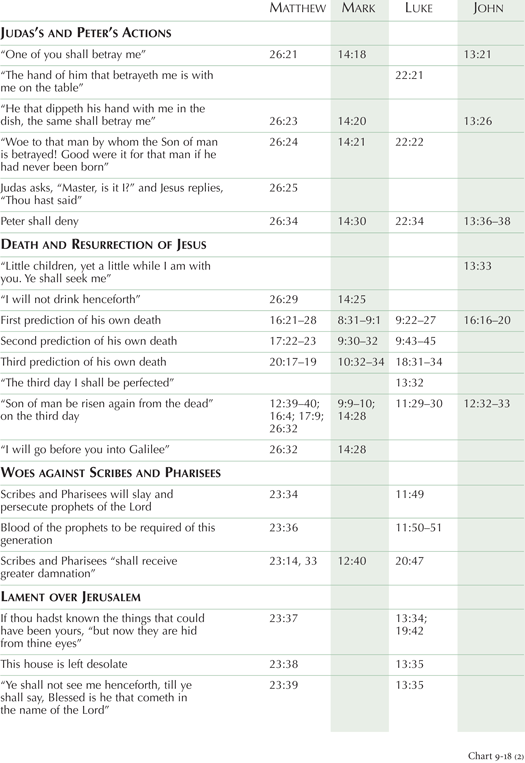 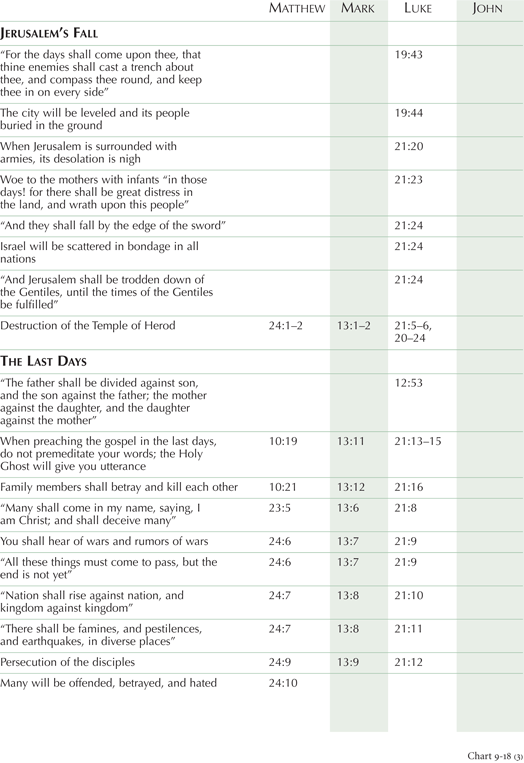 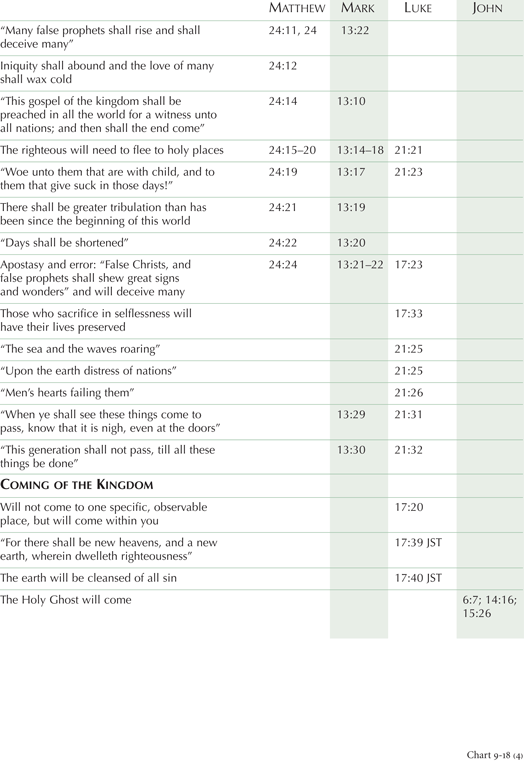 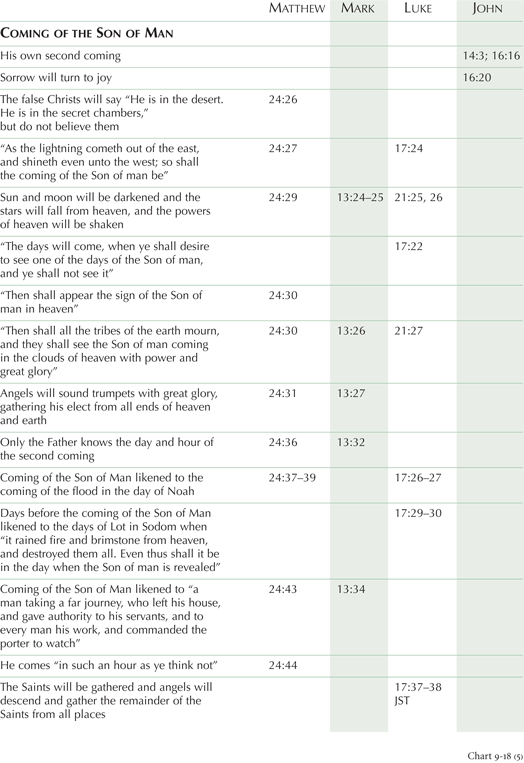 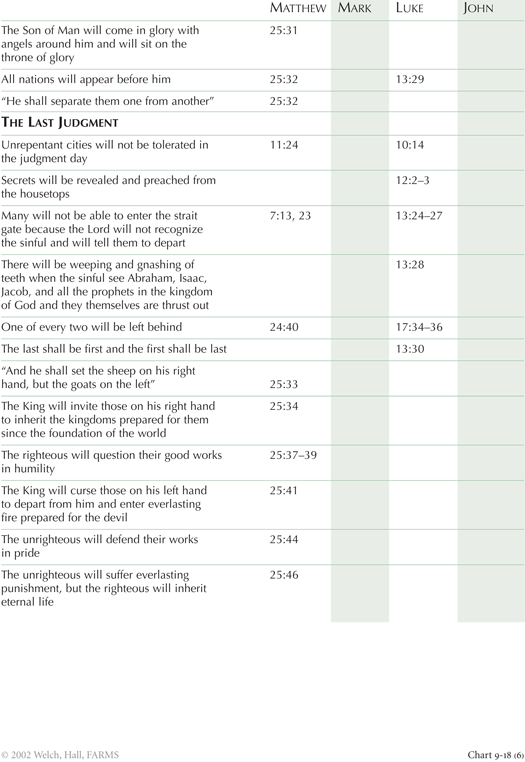 Jesus was known as a prophet. When he asked his disciples, “Whom do men say that I the Son of man am?” (Mt 16:13), they said that some people said he was John the Baptist, or Elijah, and others said he was one of the prophets. Deuteronomy 18:18 has prophesied that the Lord would “raise up a Prophet” at a future date, like unto Moses, who would speak in the name of the Lord and to whom the people should hearken. As a prophet, Jesus issued many predictions about future events, including coming persecutions, actions of individual people, his own death, woes and laments, the last days, his second coming, and the final judgment. This dimension of his ministry was more potent than many readers realize.