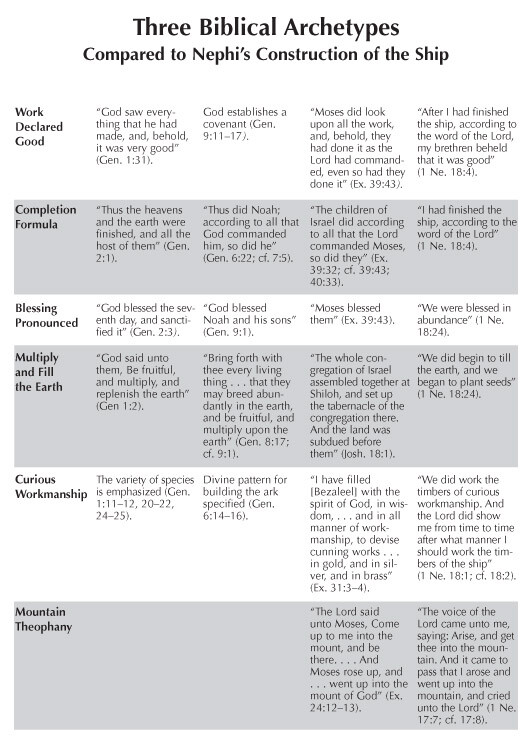 Unlike modern writers, who value originality and consider writing to be intellectual property, writers of antiquity valued repetition. For example, ancient Hebrew writers consistently repeated and alluded to previous narratives, and the Nephites did the same. This chart highlights one specific instance of this. As is shown here, Nephi’s account of the construction of his ship closely parallels three other narratives about beginnings: the creation, the flood, and the construction of the biblical tabernacle. This suggests that Nephi purposefully included allusions to these biblical texts when recounting his own story of creation, a practice consistent with ancient Hebraic writing.