A Biography of Ezra Thompson Clark

Our image of nineteenth century Mormonism has been conditioned by impressions of the cooperative movement, the Law of Consecration and Stewardship, and the United Orders. Twentieth century Mormonism has moved away from a communitarian orientation, and Ezra Thompson Clark’s life may have been a harbinger of this transition. The antithesis of the average Mormon of nineteenth century lore, Clark was capitalistic, he refused to join the cooperative movement, and on two occasions he found excuses for refusing to accept the call to a colonizing mission which might have inconvenienced his business enterprises.

Born in 1823 in Lawrenceville, Illinois, Ezra Clark moved to a number of cities in Illinois before joining the Mormon Church and settling with the Saints in Missouri. After being driven from Missouri, the family moved to Illinois and then to Utah, where Clark established himself in Farmington.

Thereafter, Clark’s life was filled with service to himself, his family, and the Church. In addition to developing his own farms and businesses, Clark filled five preaching missions. With the exception of the Bear Lake colony, however, his efforts in colonizing missions consisted of providing transportation and supplies for others and securing someone else to go in his place. In the case of Bear Lake, he established a separate home which served as summer pasture for his cattle, while maintaining his permanent residence in Farmington.

His devotion to the Church as he understood it is unquestioned. He spent a term in prison for practicing polygamy, served as a member of the Davis Stake High Council, and officiated as a patriarch. His love for his family was genuine, deep, and reciprocated. Two chapters of this book deal with Clark’s business dealings and his personal philosophy, both of which were individualistic rather than communitarian. Mrs. Tanner attempted to justify Clark’s refusal to have anything to do with the United Order by taking the view that Clark organized a cooperative within his own family. She presented an oft-quoted statement from Brigham Young that he too refused to join the United Order until he could “find someone to manage my affairs better than I can” (p. 52). (Actually, according to Dean May, who is currently at work on a book-length study of the United Orders, Brigham Young belonged to United Order No. 1 in Salt Lake City which was a sort of businessmen’s order and it is probable that at least part of Brigham Young’s property in St. George was included in the United Order there.)

On a more general level, this reviewer is a bit perplexed to understand how this volume fits into a general series whose stated purpose is to publish volumes “based upon their intellectual appeal as accurate history, and their emotional interest as good literature.” The book is well written and interesting, but it is little more than an uncritical effort by a devoted daughter to eulogize her father. If an attempt had been made to look at the warts as well as the beauties of his life, and to put his views in the general context of Mormon historical development, the volume might have been an excellent historical study. Mrs. Tanner, however, seems to have lacked the detachment necessary for this task. In her autobiography, A Mormon Mother, this personal and rather passionate attachment was a virtue. Furthermore, it was balanced by an unusually perceptive introspective capacity. In the present study the personal commitment to the subject makes a balanced treatment impossible, and the failure to substitute critical analysis for the introspection of the earlier volume is unfortunate. 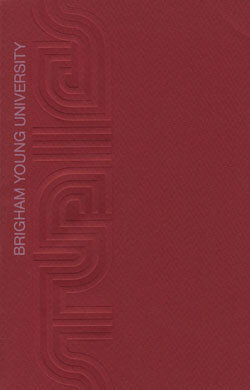