Adventures of a Church Historian

Once upon a time, a short generation ago, President Nathan Eldon Tanner, counselor under David O. McKay, then President of The Church of Jesus Christ of Latter-day Saints, invited Professor Leonard J. Arrington to serve as the first professional academic in the position of Church historian. President Tanner felt that it was past time and in line with the revealed will of God to tell anew and with professionalism the history of the Restoration. With that heady commission began an eight-year odyssey for this Idaho farm boy with a “will-to-truth” (70) to rediscover and open a treasured archive, to analyze the sources, and to rewrite Mormon history both for Latter-day Saint readers as well as for those not of the faith. Unfortunately, what started out positively ended in a measure of conflict and misunderstanding. Years after the fact and while he was declining in health, Leonard Arrington wrote a reminiscence of his years in “Camelot” (to borrow Davis Bitton’s phrase). This little book (249 pages) lies somewhere between confession and criticism, between frustration and fulfillment—a captivatingly forthright attempt to explain Arrington’s experiences as Church historian. Seldom has anyone given such an intimate snapshot of the inner workings of Church administration at the highest levels.

Without pretending to be a complete autobiography, the book cuts to the quick in short order. Arrington tells very little about his childhood and early education, stopping only long enough to credit George Tanner at the University of Idaho Institute of Religion and Richard T. Ely—“that grand old man of economics” (26)—at the University of North Carolina for emphasizing the compatibility of the sacred and the secular, the revealed and the researched. In the writing and subsequent publication of his dissertation into the classic work of Mormon economic history—Great Basin Kingdom: An Economic History of the Latter-day Saints 1830–19001—Arrington had to learn how to write solid, reputable Mormon history without “cheerleading” the Mormon faith (34).

In addition to explaining his academic preparation, Arrington, in one of the major contributions of the book, reveals a very personal spiritual experience he had while in graduate school, a life-changing conversion to the importance of Mormon history. “I knew that God expected me to carry out a research program of his peoples’ history” (28). Looking over his many books and scores of articles, one can only conclude that Arrington kept faith to that commission.

Committed, then, to writing Mormon history and to inspiring a beholden generation of younger scholars to do the same, Arrington spearheaded the formation of the Mormon History Association in 1966 and supported Eugene England and others in establishing Dialogue: A Journal of Mormon Thought. Revered by many, criticized by others, Arrington admits that he had his share of detractors. Considered by some to be “too much of a humanist,” “a little left of center,” or “too liberal” (41), Arrington admits that no one was more surprised than he was when Elder Tanner asked him to serve as Church historian as part of a new library-history-archives team to work under the managing directorship of Elder Alvin R. Dyer.

Relying heavily upon his personal journals and other notes, Arrington tells his story as Church historian in remarkable detail, giving opinions on sensitive matters few have previously discussed, let alone published. Candid yet responsible, the author seems driven from very deep inside to tell his side of a difficult story for reasons which ultimately only he knows. Whether one agrees or disagrees with Arrington’s interpretations of what happened and why, his comments make for fascinating reading.

Arrington tells of his appointment and his choice of James B. Allen, Davis Bitton, Richard Jensen, Dean Jessee, Edyth Romney, and others as his assistants. He explains their aspirations for publications that they hoped would include oral histories, a sixteen-volume sesquicentennial series on Church history, single volume histories, and much more. He explains, “What we tried to do was not just reconstruct a chronicle based on the facts we could uncover but also relive and recreate sympathetically the basic intentions and purposes of the prophets, their men and women associates, and their fellow members” (70). As he reflects, he adjudicates some of his own writings, freely admitting deficiencies in such works as the biography of Apostle Charles C. Rich2—it lacked “mind and soul” (125)—while believing that Brigham Young: American Moses3 was his finest biography.

All went well in Salt Lake City under the direction of Elder Dyer and his successor, Joseph Anderson. But with the passage of time and the loss of Presidents David O. McKay, Joseph Fielding Smith, Harold B. Lee, and Spencer W. Kimball, there came “a new Pharaoh and new directions” (158) under President Ezra Taft Benson and G. Homer Durham, the new managing director. It was in the publication of James B. Allen and Glen Leonard’s The Story of the Latter-day Saints4 that the wheels began falling off the Mormon history express. Detailing misunderstandings and differences of opinions and priorities between the Church Historical Department and the Quorum of the Twelve, Arrington tells the story of how he gradually lost the confidence, direction, and support of certain overseers. Eventually he and his associates were reassigned to form the Joseph Fielding Smith Institute of Church History at Brigham Young University in 1980.5 At heart was a genuine difference of opinion in how Church history should be written and for what purpose—an argument between what he calls “pietistic history and professional history” (104). Furthermore, some felt that such interpretive works as Arrington and his research team were producing should be published outside of Church headquarters and not as an official publication of the Church written by people on the Church payroll, but from a research facility connected with the Church-owned Brigham Young University.

The book will surely raise eyebrows when Arrington suggests that he and his department were caught in a power struggle between a First Presidency weakened by President Kimball’s declining health and an anxious, emboldened Quorum of the Twelve. In his words, it “was like a mouse crossing the floor where elephants are dancing” (144), suggesting that differences of opinion were vigorously explored among the highest quorums of the Church. Arrington believed that in order to preserve the scripturally required unanimity among Church leaders (D&C 107:27), all would defer to the one or two who felt the strongest about a certain issue, individual, or publication. “If any particular person expresses a strong feeling about a particular matter, his views will normally prevail through the courtesy of others” (150).

Clearly Arrington felt a genuine hurt and profound disappointment in seeing plans, programs, and policies approved by one or more administrations overturned by a later one. Only eight of the sixteen sesquicentennial volumes have ever seen the light of day.6 Arrington did, however, feel that The Mormon Experience, which he and Davis Bitton wrote mainly for the national reading audience, was one of their finest accomplishments.7

Even in his criticisms of others, however, Arrington tries to gauge his own faults. “We should have expected some readers to second-guess our approach,” he admits (150). “It would have helped me if I could have observed hurts and humiliations more impersonally, as points in a game between two very unequally matched opponents” (156). And “we would have done well to have published a regular newsletter or circular to inform general authorities of the work we were doing” (224).

In the end, the book is far more than mere story and reflection. It is one man’s plea to a rising generation of scholars that “research efforts [are] compatible with the divine restoration” (28); that in the spirit emphasized by David O. McKay, “the buildup of intellectuality is consistent with the strengthening of faith” (25); “that depth in learning will increase [one’s] attachment to the church and will build [one’s] testimony” (52); and as to the writing of Church history, that there is nothing to hide or of which to be ashamed. In the final analysis, argues the father of modern Mormon history, “behind the personal decisions and the vast impersonal forces of history, we also saw divine purposes at work” (72).

However one interprets these events, it must be kept in mind that unlike the many excellent histories Arrington wrote over the years, Adventures of a Church Historian does not pretend to be history. Rather, it is one man’s opinion, a careful reminiscence. Uncomfortably negative for some, insufficiently critical for others, the book remains a valuable yet single viewpoint. Not found here are the journal entries of others, the minutes of administrative decisions at the highest levels, and the reflections and viewpoints of his contemporaries and assistants. Each new Church administration has not only the right but the duty to change policy, as anyone who has worked in a large and dynamic organization can attest. Some day, perhaps, the full story may be told.

In the meantime, we are left with the insights of a most remarkable, beloved man. Leonard Arrington, who passed away in early 1999,8 has once again added flavor and interest to our unfolding understanding of Church history as the exciting, sometimes debatable, ever intriguing field we know it to be. His is a memory I will forever cherish. 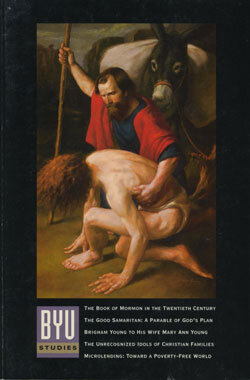