Religious Fervor, Westward Expansion, and the Presidential Election That Transformed the Nation

When Joseph Smith declared his candidacy for the American presidency in 1844, he was only one of many hoping to change the entire nation. At this moment of societal transformation, the Whig Party, who just four years earlier achieved their first presidential victory, concluded that they needed a new candidate to replace their incumbent. The Democratic Party was divided over the future direction of their platform, most especially over what to do with the potential annexation of Texas. And those pushing for transformation were not secluded to the electoral realm. The tens of thousands of Americans who believed millenarian preacher William Miller concluded that both political parties were worthless, given that the world was going to end that year anyway. Reformers, inventors, and explorers all tried to set their mark on the still-young nation. Yet all seemed to remain in discord. While Samuel Morse’s invention of the telegraph promised to shrink the distance between the expanding empire, it appeared that the American people could not be further apart.

John Bicknell, in his book America 1844: Religious Fervor, Westward Expansion, and the Presidential Election That Transformed the Nation, attempts to tell the story of this momentous year. Main characters like politicians John Tyler, James Polk, and Henry Clay are placed along with cultural figures like William Miller and Joseph Smith to demonstrate both the breadth of this cultural transition and the depth of its influence. Though a majority of the content is focused on the key players in the election itself, enough attention is given to wider tumult to demonstrate that this was indeed a society in transition. Innovations in communication, transportation, and technology seemed to summon a new stage of modernity. The hope of annexing Texas and Oregon promised to expand the nation’s border. Yet the persistence of internal battles made it impossible for America to enjoy these momentous developments.

Readers of BYU Studies Quarterly will likely be most interested in Bicknell’s treatment of Joseph Smith, but they will not find much that is new. Smith is mostly an ancillary figure, adding color to the political picture, and he pops in and out of the narrative only a few times. There are moments of insightful analysis—I enjoyed the author’s summation that “if [Smith’s presidential] campaign was symbolic, it was a symbol filled with substance” (47)—but the book primarily relies on secondary work with which readers here are familiar. Yet Bicknell’s book provides a different resource for Mormon readers: it is a reminder that as momentous as 1844 was for the Mormon community, the year was simultaneously significant for the entire nation. This is a good lesson that LDS history did not happen in a vacuum.

In many ways, this book reflects the fact that its author, Bicknell, is a journalist rather than a trained historian. There are often strengths with the ever-expanding genre of journalistic history, and those strengths are on full display here: the prose is well crafted, the temptation to fall into historiographical debates is avoided, and the desire to reach a broad audience is firmly in view. But the pitfalls of journalistic history are also present: there is more synthesis than original interpretation, engagement with primary sources is often limited, and analysis can at times be superficial. At the same time, Bicknell’s tale sometimes breaks free from the traditional journalistic mold in ways that are both refreshing and stifling. He is to be commended for his desire to get historical details right—it is evident that he spent a lot of time researching the political debates of 1844—but ironically, his meticulous eye for detail weighs down the narrative. For instance, chapter 4, which details both the Philadelphia nativist riots and the Democratic Party’s national convention, is so committed to parse out particulars that it becomes repetitive and tiring. He is also prone to detailed and plodding tangents, like his overview of Charles Goodyear’s invention of rubber (118–22). Rather than committing himself to telling an engaging and important story, Bicknell is more often drawn to telling as many stories as possible, sometimes with superfluous justification.

America 1844 is at its best when teasing out the political developments in a year where Congress and the White House were facing crucial national issues: a presidential campaign, the Texas annexation, and the future threat of war. Subtler anxieties included the decline of the Whig Party only four years after its first presidential victory, the bubbling controversy over slavery, and the Machiavellian machinations of politicians attempting to save their careers. Yet Bicknell struggles when he attempts to connect these activities to broader cultural evolutions like William Miller’s millennialism and Joseph Smith’s prophecies. Mere chronological overlap, geographic proximity, and occasional correspondence do not narrative connections make. As a result, the book is often more a scrapbook of events taking place throughout a momentous year, while the interpretive overlap is more assumed than proven.

There are a number of books that give a detailed and exhaustive overview of the years surrounding Mormonism’s Nauvoo sojourn and make contextual sense of Joseph Smith’s presidential run. John Bicknell’s work will now be added to that group, but it might not be near the top of that list. Those looking for a well-written overview of political events in Joseph Smith’s final year will be rewarded with the volume; those looking for a novel interpretation of Smith’s relevance to that context will likely be frustrated and have to turn somewhere else.

Benjamin E. Park, who received his doctorate in history from the University of Cambridge, is Assistant Professor of history at Sam Houston State University. He is currently an associate editor with the Mormon Studies Review. 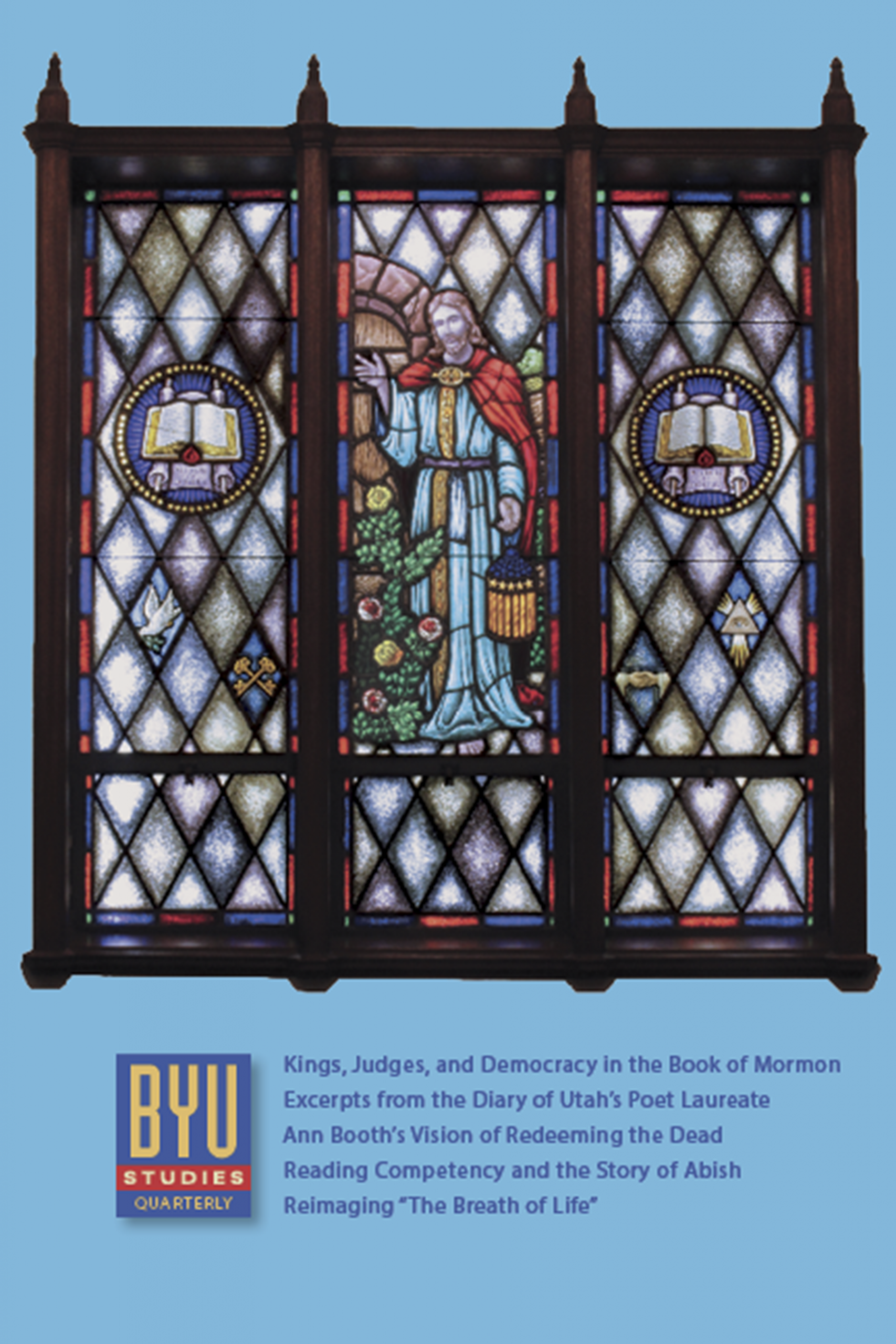 BYU Studies Quarterly 56:2
Next:
Geology of the Book of Mormon